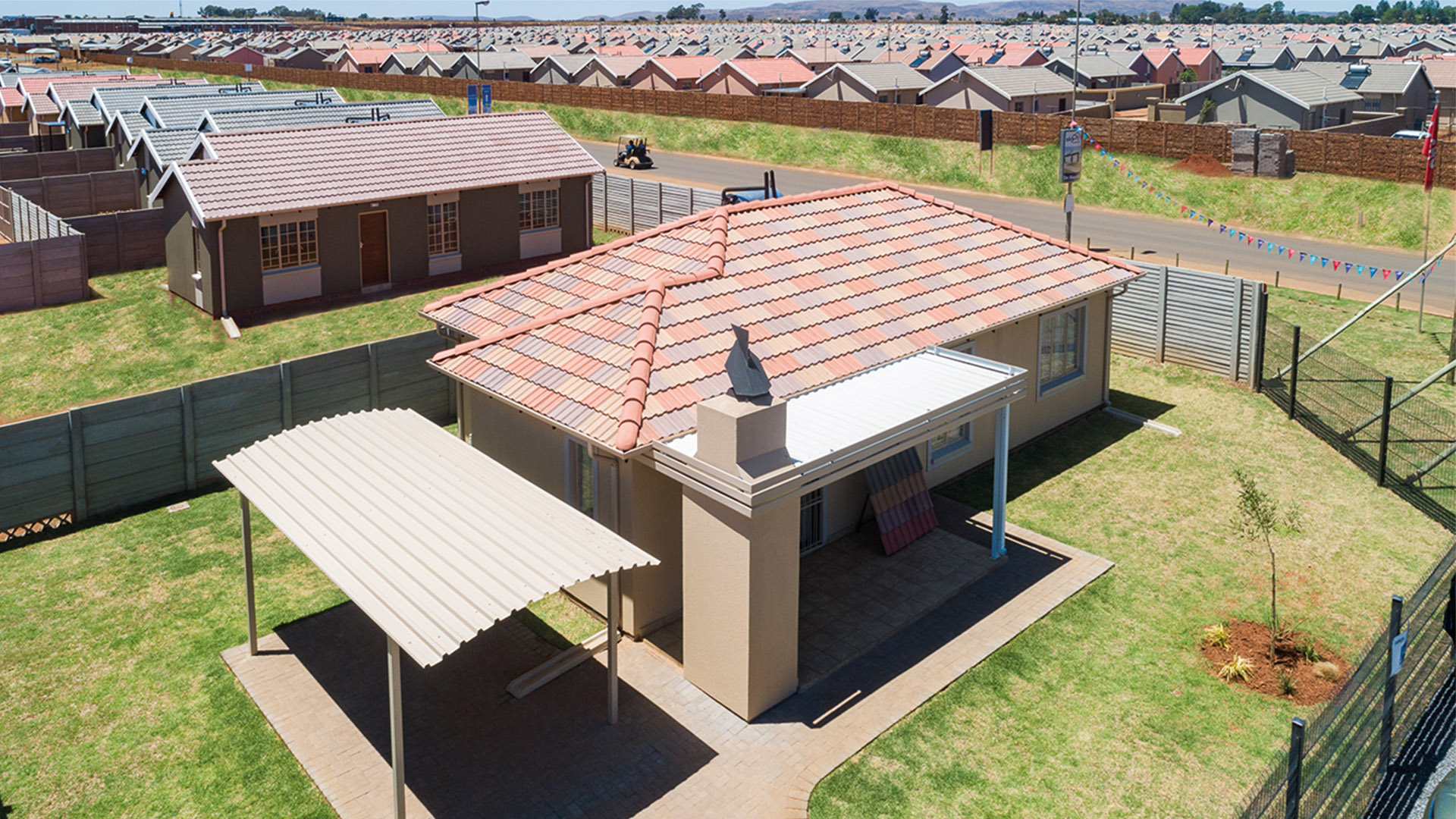 An integrated housing development like Sky City truly comes to life through the people who live and work there. We asked residents about their experiences buying and living in Sky City, and also chatted to some of the people working behind the scenes to make this development a success

An integrated housing development like Sky City truly comes to life through the people who live and work there. We asked residents about their experiences buying and living in Sky City, and also chatted to some of the people working behind the scenes to make this development a success

“It’s an integrated model where we incorporate housing developments with all other aspects of that are necessary such as transportation, a shopping mall, a church, sports facilities and a private school. This quality and lifestyle is unheard of in this segment of the housing development market in SA. We also have the support of Ekurhuleni government in terms of infrastructure and bulk services. That co-operation between the government and us is what enables developments like these.”

HAVE A LOOK INSIDE THE SKY CITY COMMUNITY

South African citizens earning between R3,500 and R22,000 who have never received the government’s support and never owned a home qualify for the Finance Linked Individual Subsidy Programme (FLISP). “We were renting in town but it cost a lot of money,” says Jacob Segabutla and Kamogelo Boshomane. They dreamed of owning their own home, and this became possible in 2018 through a FLISP subsidy. “We saved up money because we thought we would have to pay transfer fees. However, this wasn’t necessary because Sky City is a new housing development. We then used the money from the subsidy and our savings to pay the deposit.”

With buyers at Sky City seeing 13% capital growth per annum, there are also buy-to-let opportunities for investors. “Buying a house was an achievement, then renting the house out lessened the financial burden,” says another owner known as Clement, who bought a property at Sky City to lease. “It also created an opportunity to open another business. Sky City presents lots of business opportunities and I have found that people there are supportive once you start a business.” 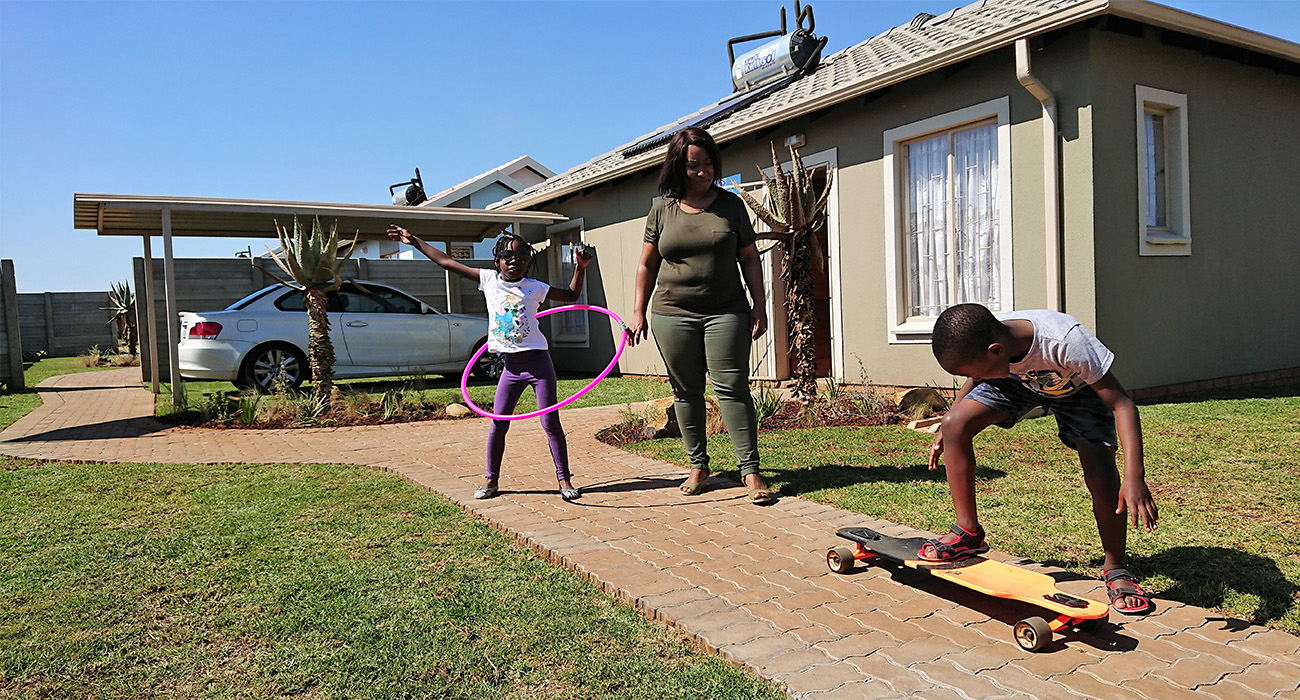 RENTING AT THE BRONX

The Bronx @ Sky City is situated close to Sky City Mall and offers a broad range of apartments. Apartments range from bachelor to two-bedroom units, with rent starting from R3,200 per month. Jabulile Mavimbela, has been living at The Bronx apartments for the past six months. “The security is great, which was the most important aspect I was looking for in terms of accommodation,” says Jabulile. “The outside premises are always clean and well maintained. It’s quiet and peaceful, with no extreme noise which is very good for someone like me who is studying.”

Offering an affordable quality education from Grade RRR to Grade 12, the private Royal Schools Sky City opened in 2018 and currently has 1,129 pupils. “Among the reasons why I love staying in Sky City is the convenience of having my son attend Royal Schools Sky City,” says Kgomotso Morubane, parent of a Grade 2 pupil.

“The school offering great education and extramural activities for their students. In addition, I cut costs because it is reasonably priced at R2,090 per month. I’ve also managed to reduce transportation costs as he can now walk to school. His friends living near our house are also his school friends, and they do homework and projects together. I’m proud that my son attends the school and what makes me very happy is he also loves the school!” 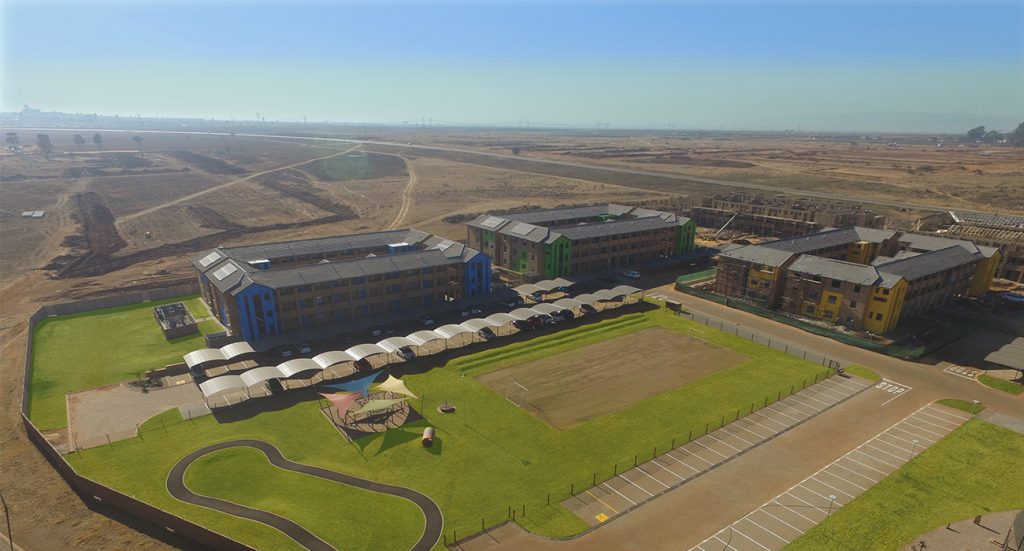 Retail amenities are a must-have in any suburb and the Sky City Mall is not only giving residents convenient access to shops, but it’s also creating jobs. “It’s amazing what has happened in four years,” says Anthony Henstock, GMI’s asset manager for Sky City Mall. “The infrastructure and the retail side are already quite impressive. Ultimately, about 800 permanent jobs will be created and it will form the heart of the economy for our local people. What you see here now is 15% of what’s coming – we’re expecting another 14,500 houses to be built.”

The GEPT Business Forum is an integral part of the Sky City housing development and has enabled members of the local community to be employed and upskilled during the construction process. “We’ve been working well with CDP Construction and Cosmopolitan Projects. At first it wasn’t easy because when you’re strangers you question other people’s motives, but as time went on that changed. Today, we’re a family. Some people from the community didn’t know how to build, but together we taught them to build a house from scratch,” says Mfundiso Fodo, chairperson of the GEPT business forum. 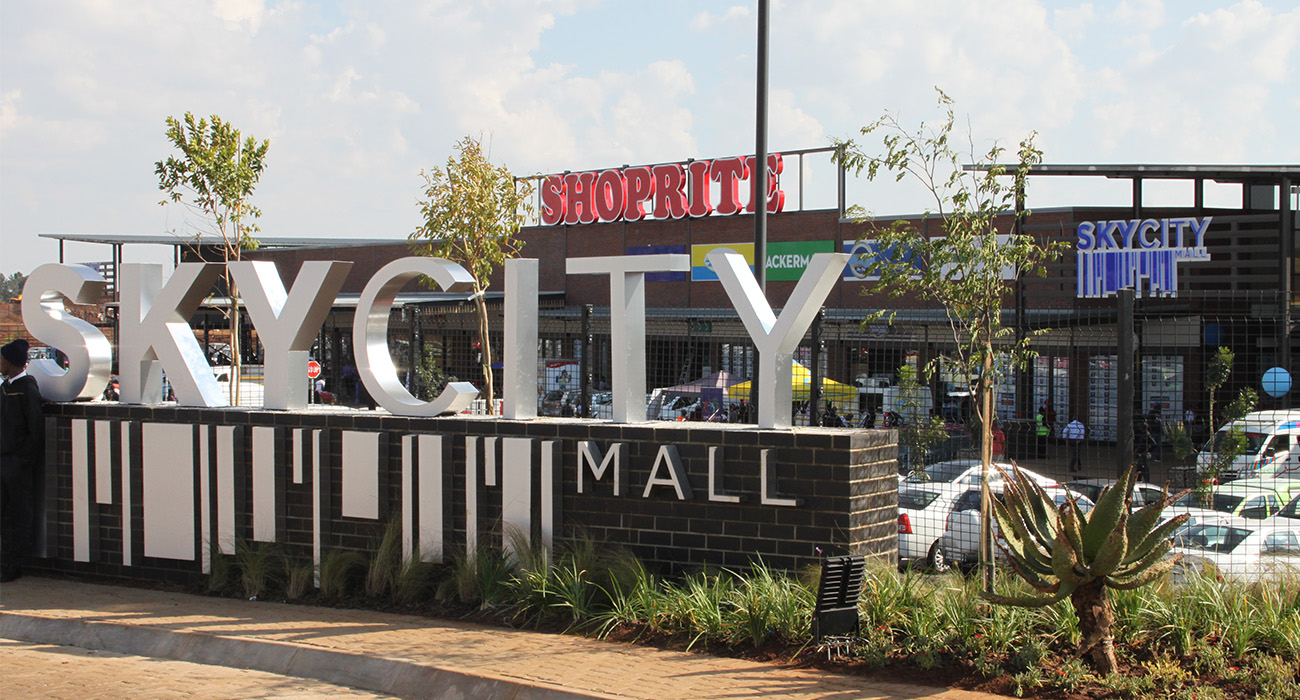