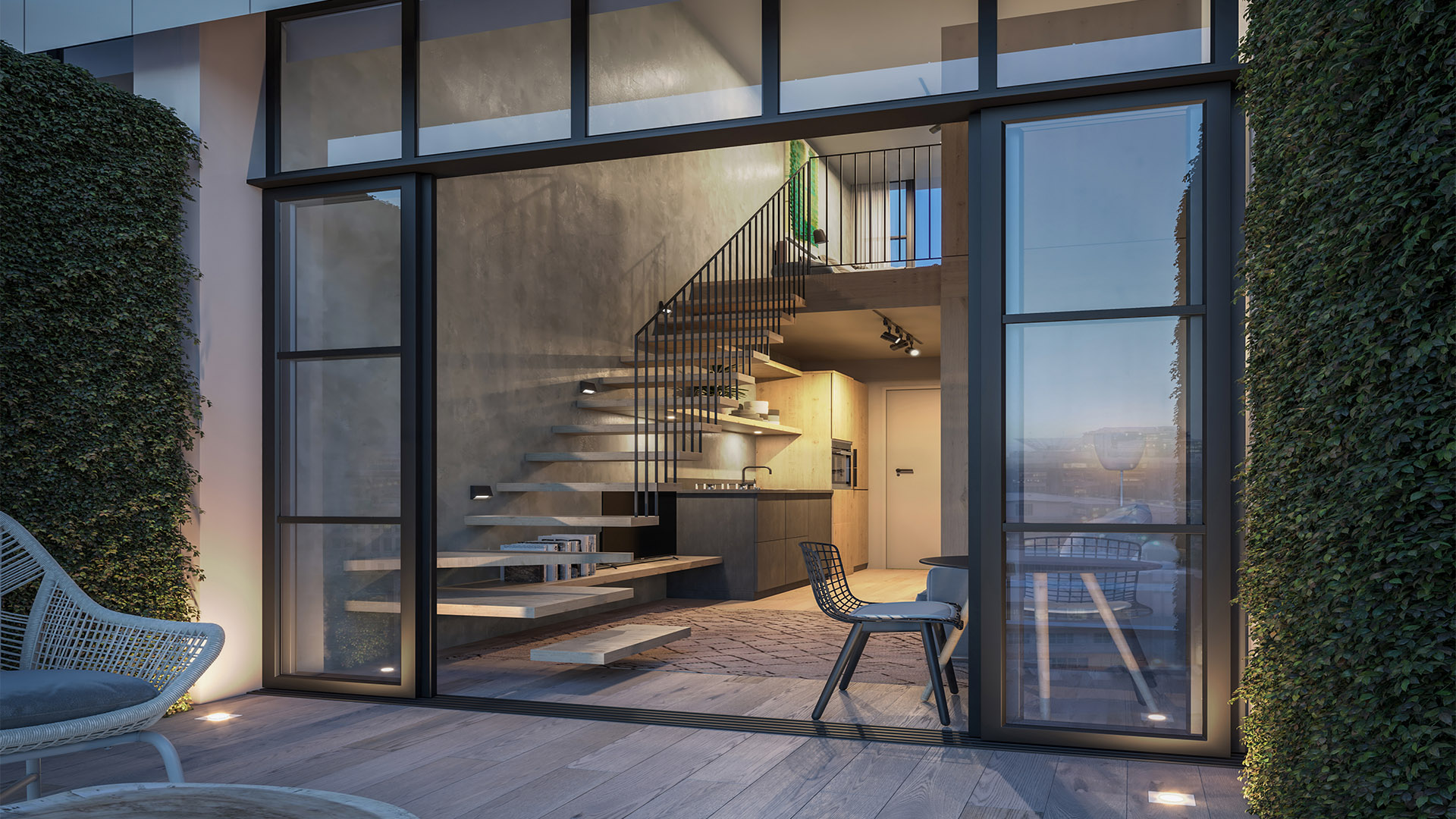 Just nine months after launching to market, 63% of The Harri, a new 48-unit apartment block and mixed-use property development going up at 75 Harrington Street in Cape Town’s East City Precinct, has sold off plan.

Just nine months after launching to market, 63% of The Harri, a new 48-unit apartment block and mixed-use property development going up at 75 Harrington Street in Cape Town’s East City Precinct, has sold off plan. Only 16 of 42 studio apartments remain unsold, while just two of the six loft apartments are still on the market. Construction has already begun, with the completion date set for April next year.

The Harri’s units are priced between R1,3m and R2m for a studio apartment and R2,5m for a two-storey loft apartment. The development, in the heart of Cape Town’s design district, offers a blend of apartment living with open-plan, tastefully furnished, co-living and co-working spaces, and includes fireplace lounges, a TV room with a large smart TV and access to Netflix, three dedicated Zoom (video chat) rooms, a rooftop terrace with a gas braai and mini-bar area, and hotel-grade amenities like Wi-Fi, a concierge, a housekeeping service, and 24-hour security.

“We sold right through lockdown,” says Jeff Kleu, co-developer with Steven Lampert, both of property-development company Sepia and Silk. “We sold to investors wanting to buy to rent, parents buying an apartment for their student kids or a holiday flat, and to locals as well as Zimbabwean, German and American nationals.” Harrington Street has been at the heart of the recent revival of the East City, which was previously a gritty industrial-commercial area. Major developments here include the upgrading of the Cape Town City Hall at a cost of R27m, The Old Granary at R31m, the purchase of the Nicro head office on Harrington Street by a European company, Groupe SOS, for R30m, and the opening last year of a R75m five-star boutique hotel on Church Square.

Sandra Gordon, research economist for Cape Town’s Central City Improvement District, says, “Numerous applications submitted to the City suggest that a variety of new retail and food outlets are set to open their doors here, which will really cement the East City’s reputation as a trendy precinct that sees people flock to the area at the weekend.”The Harri is close to the Gardens Shopping Centre, Virgin Active Wembley Square, and MyCiti bus stops. It’s also an easy drive to major beaches from the CBD.