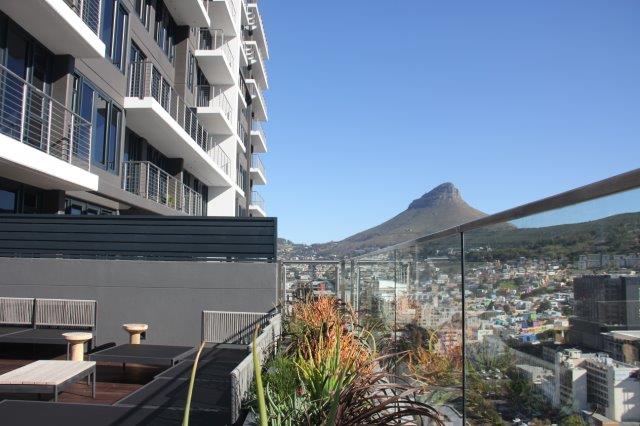 At 120 m and 36 storeys, 16 on Bree is the tallest residential and second-tallest mixed-use development in Cape Town in the last 20 years. FWJK Developments conceived the project as an iconic high-rise to meet the demand in the market for quality residential apartments.

A key requirement for the City of Cape Town’s development approval was to retain the 12-m-high existing heritage façade. In order to retain the historic façade at ground level of this iconic development, innovative structural solutions to fit within the project budget and timeframe were co-created by Zutari in conjunction with its client.

A steel bracing system with large counterweights on the street side stabilised the façade wall, allowing uninterrupted construction of the building while the wall was kept safely in place. Once the parking levels behind the wall were built, the wall was tied into the concrete floors using movement-compensating connections, allowing the steel bracing to be removed. Retaining the heritage façade creates an eye-level experience that blends in seamlessly with the surrounding area, as conceptualised by FWJK.

To reduce the lateral drift under wind load, Zutari contemplated the use of outrigger walls which stiffen the core by connecting it to enlarged perimeter columns on the upper levels of the building – resulting in a ‘push-pull’ effect between the core and the enlarged columns – greatly enhancing the lever-arm of the force-resisting mechanism, explains Nick Bester, Building Structures Associate at Zutari.

The original apartment layout had a passage around the lift core that would have cut off the critical connection of the outrigger walls to the core, thereby nullifying the beneficial effect. The architect and fire engineer, in collaboration with Zutari, managed to re-configure the access walkway so that some apartments are directly entered off the lift lobby, thereby freeing up sellable area, as well as allowing uninterrupted connection between outriggers and lift shafts.

The architect effectively used the enlarged perimeter columns as an aesthetic feature, which is clearly visible on the northern façade. “This was a rewarding collaborative exercise, resulting in a structural solution that also benefits the floor plate layout and the aesthetics of the building,” comments Jaco De Villiers, Building Structures Design Director and Expertise Leader at Zutari.

A Revit BIM model was used, with the advanced structural analysis and design workflow linked to the finite element model for efficiency and optimisation. This enabled the design team to nominate parameters for evaluation, define the parameter range, specify the design constraints and analyse the results of each parameter variation. The studies optimised the number and position of the outriggers to mitigate the effects of stabilisation and vibration from the central lift and stair core option.

According to FWJK Developments, the main attraction of 16 on Bree is its height and location, offering residents unrivalled views of Cape Town’s natural beauty, while still being in walking distance to the V&A Waterfront and the central business district.