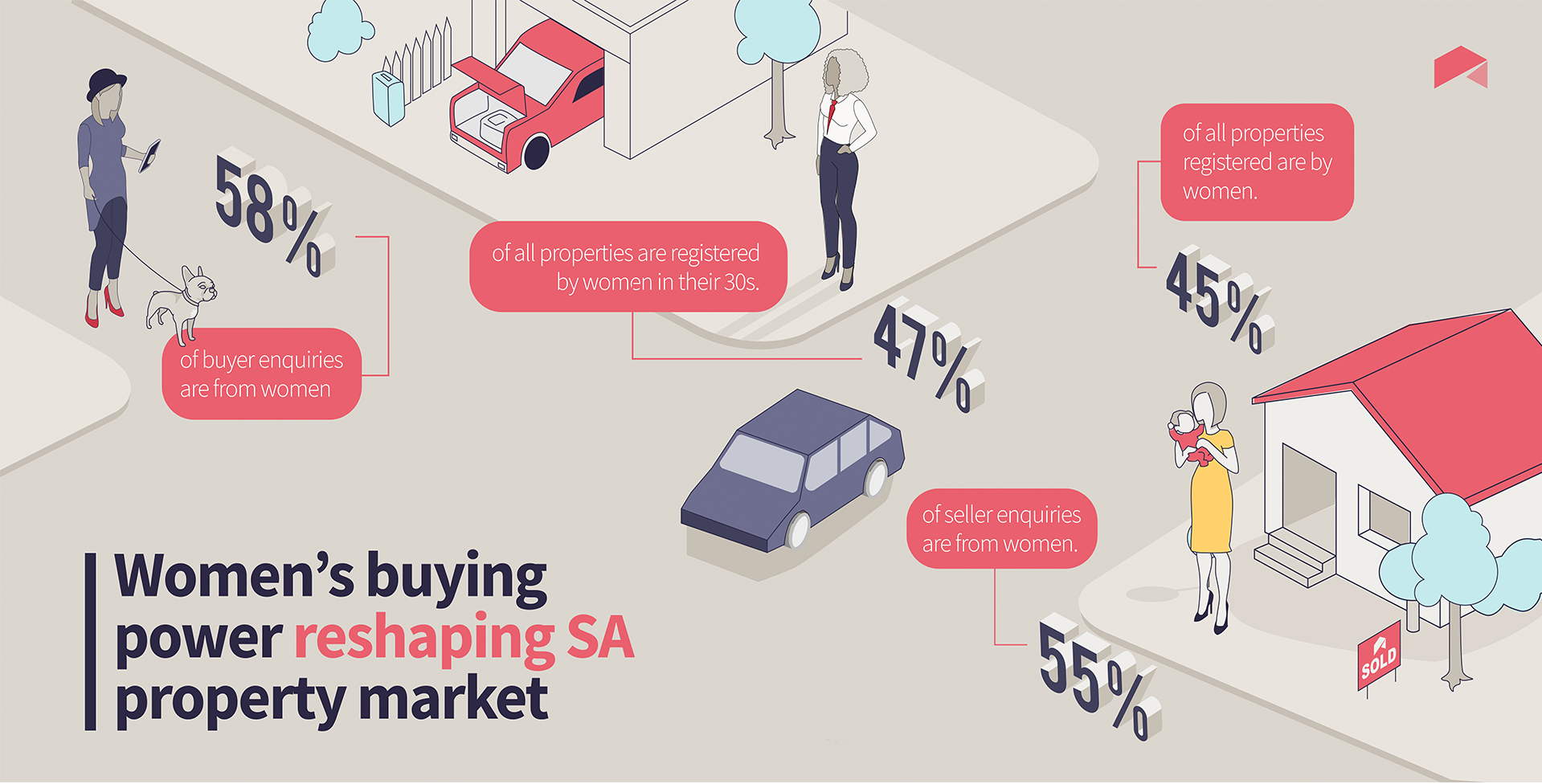 A man’s home is his castle, isn’t it? Not so fast. According to data from residential property specialists Leadhome, South African women are fast becoming the queens of the castle.

A man’s home is his castle, isn’t it? Not so fast. According to data from residential property specialists Leadhome, South African women are fast becoming the queens of the castle, with women now constituting more than half of all buyer and seller enquiries.

Leadhome CEO Marcél du Toit says the data highlights a steady rise in women’s buying power that’s fundamentally reshaping the South African property market, which was traditionally dominated by men. In all, 58% of Leadhome’s buyer enquiries and 55% of seller enquiries are from women.

Part of the reason for this trend is growing female participation in the workforce over the past three decades. According to economic data supplier TheGlobalEconomy.com, female labour force participation in South Africa has risen from 41.41% in 1990 to 49.61% in 2019. The world average in 2019, based on 182 countries, is 51.98%.

“Today, there are more women in the workplace than ever before, and they’re buying homes – no matter the size of their salary. While women still lag behind men in some areas of the economy, it’s exciting to see the growing number of South African women who are asserting their right to homeownership,” says Du Toit.

“Even when they end up buying jointly with their partners, or in their partners’ names, the data suggests that women increasingly have influence and decision-making power, in addition to buying power.

Leadhome’s data shows that women account for 45% of all property registrations while 7% are joint registrations.

Du Toit notes that these figures can be attributed to a growing trend where modern women aren’t waiting for marriage or a partnership to buy a home. When it comes to buyers, there’s a greater interest from female buyers in their 20s than female sellers, which makes sense, as most people in their 20s are looking to buy their first home. In their 30s, they are typically looking for their second home as their families grow

Du Toit concludes that the shift towards female buyers will ultimately have positive effects for the entire property market in South Africa. “The traditional consensus in the property market was that younger people would wait to buy a house until they were married and had kids. However, that trend has shifted, and we’re now seeing that many young women view the buying of property as an investment and an opportunity to build wealth early. Ultimately, this will not only prove to be beneficial for women, but for the entire South African property market.”