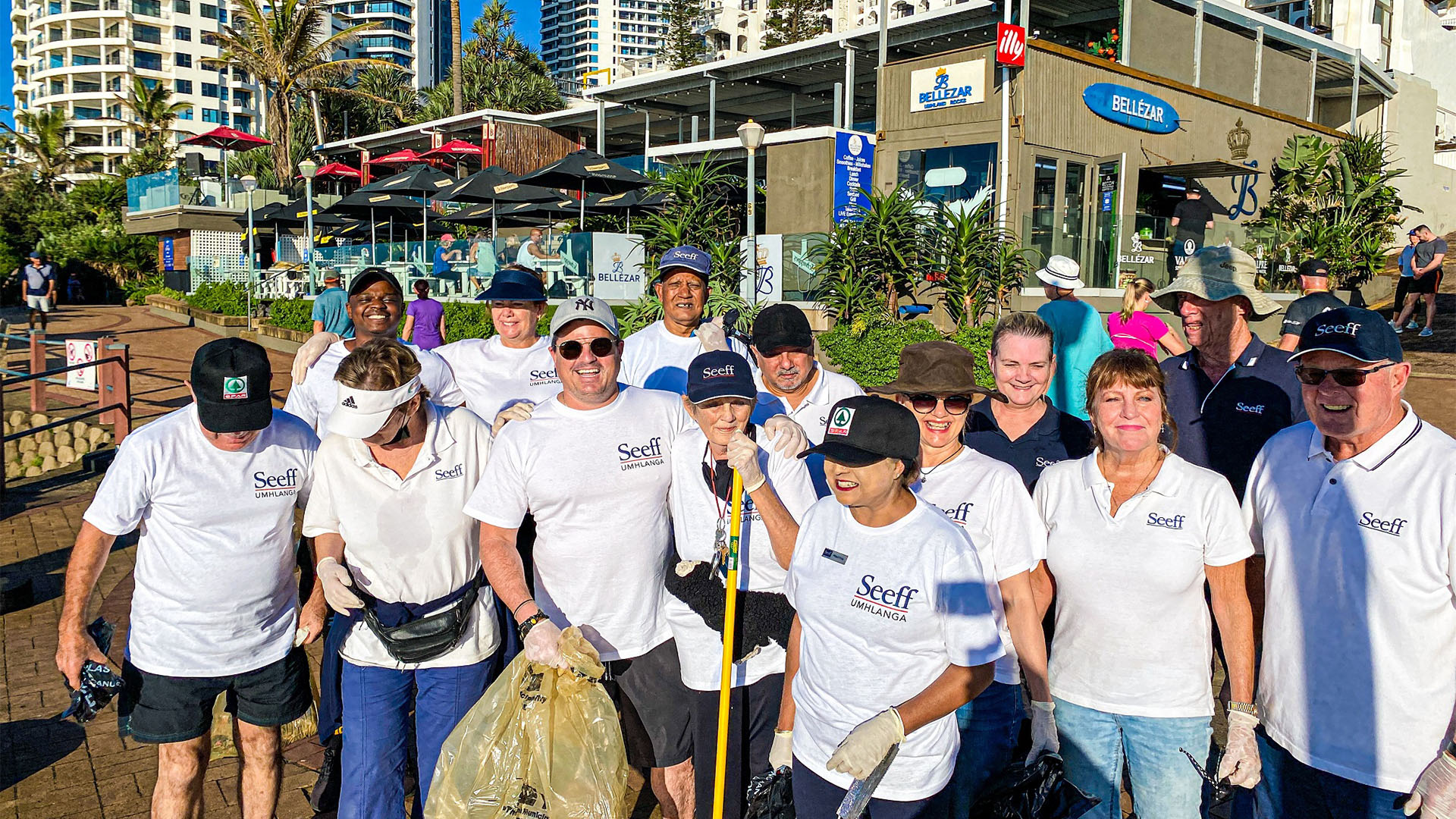 Following the recent catastrophic flooding and resulting devastation that occurred in Kwa-Zulu Natal, a number of local businesses and community members joined forces in Umhlanga Rocks in conjunction with the UIP (Urban Improvement Precinct) to tackle the enormous task of cleaning our local beaches over the past weekend.

The UIP was instrumental in co-ordinating the Umhlanga Beach Community Clean Up after the flooding pushed large amounts of plastic debris and enormous amounts of pollution including vegetation and trees that had been uprooted from the floods onto the beach. 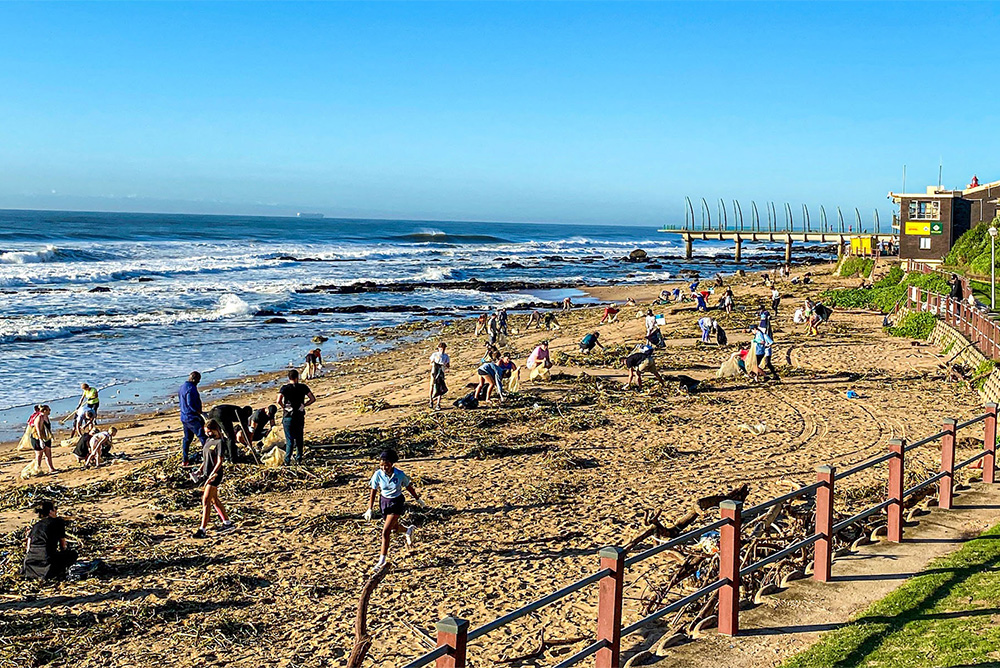 A total of 18 tonnes of refuse was removed from the beach. Brett Botsis, director for Seeff Umhlanga says the initiative reflects our passion and deep love and care for our community. We got down to the beach with the rest of the community to give all of our support.

Seeff also thanked all those who joined and got stuck in. Brett also said: “Seeff Umhlanga Team you are all rockstars. Thank-you for showing such sincere care for our beaches, environment and its preservation. 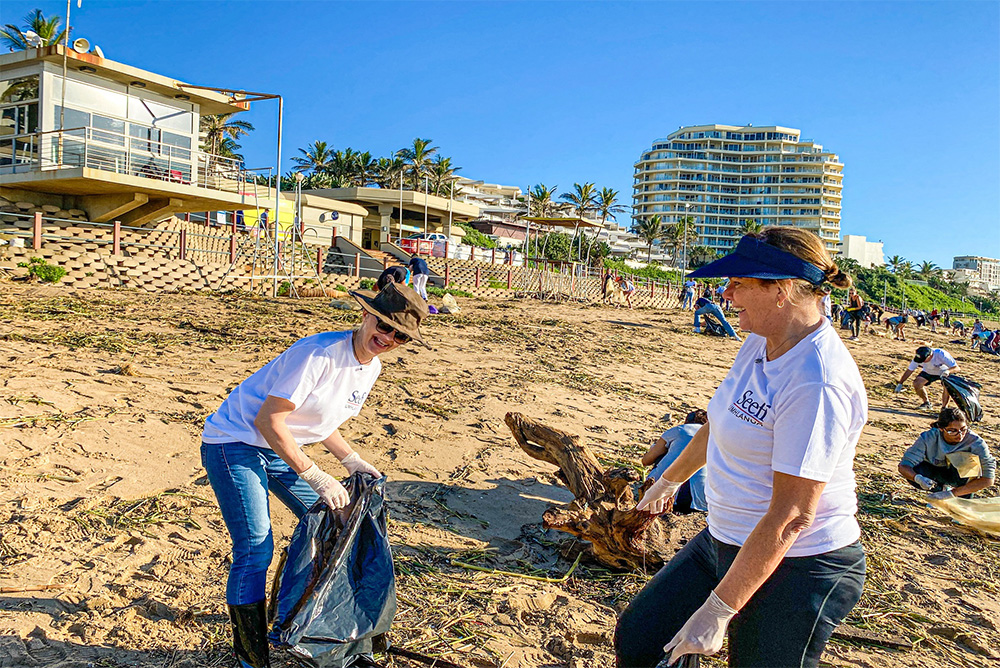 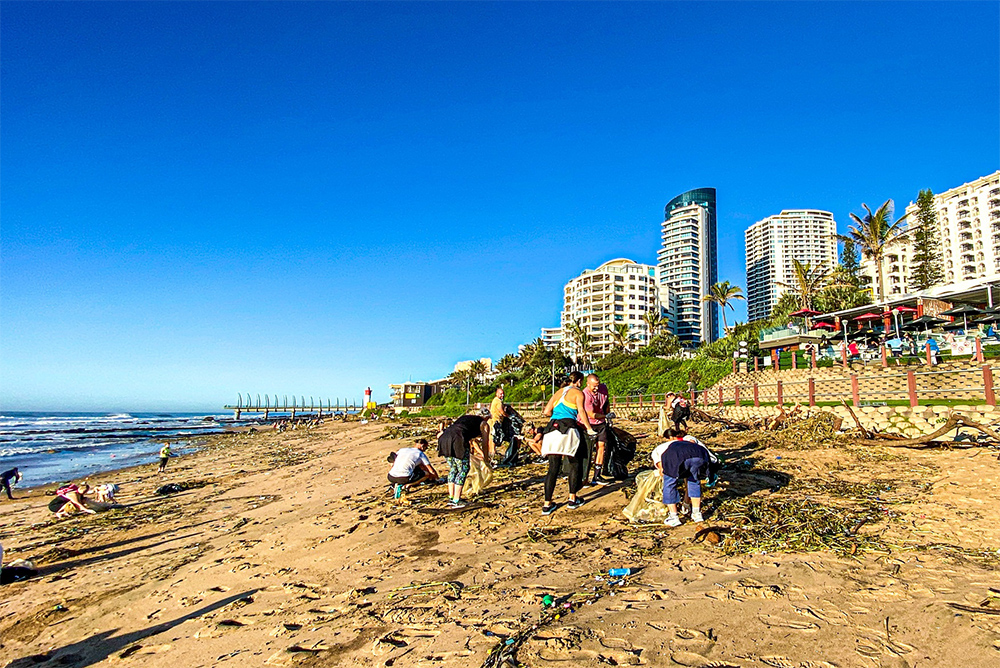