The stuff of dreams - Everything Property 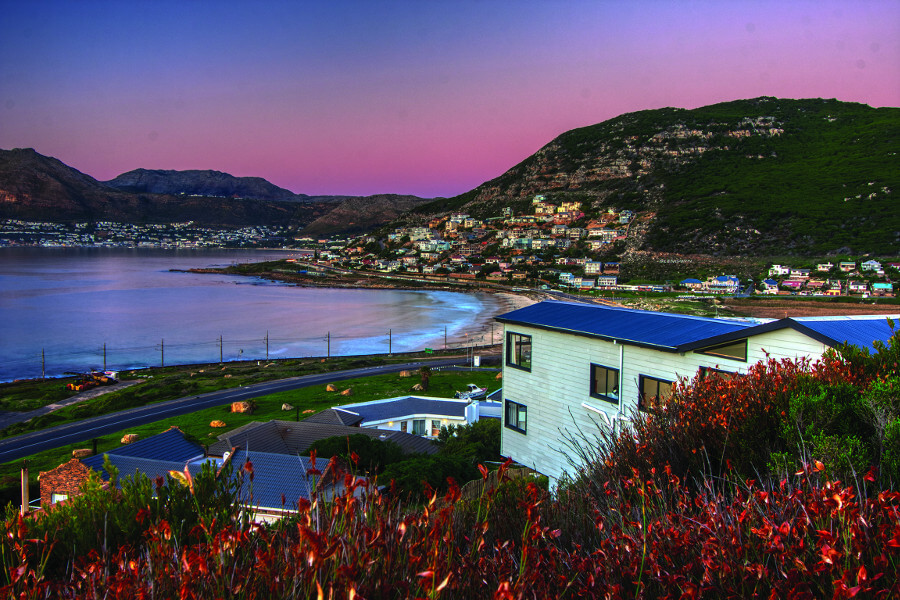 “If you build it, they will come,” is a quote from the movie Field of Dreams – and it’s a phrase that could well be applied to this container home in Glencairn Heights

Initially, the sight of shipping containers perched precariously on the mountain slope had neighbours intrigued, say the creators and current owners of this Glencairn Heights home. Doubt was expressed that it would even be possible to construct a sturdy structure of this rather unusual material. What’s more, the uneven, rocky site did not lend itself to building innovation. But the owners had a vision; and they knew the mountain would have to form an integral part of the design.

They did their homework – including extensive research of container home construction both in South Africa and elsewhere – to ensure the house would meet National Home Builders Registration Council standards and would be fully compliant. Drone footage and 3-D modelling soft ware allowed for a holistic understanding of the site and the construction challenges. 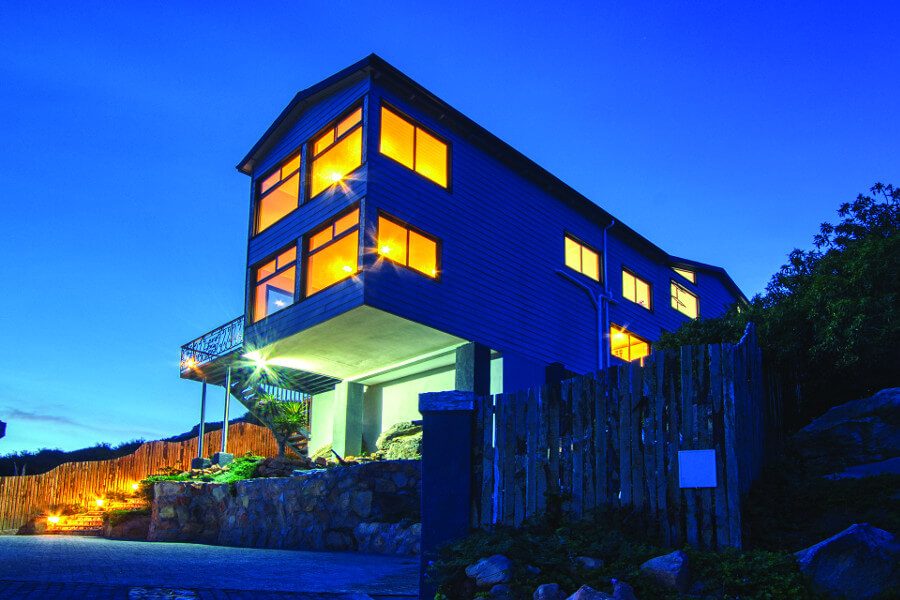 The result is nothing short of inspired. Seven shipping containers have been successfully welded together to create an elevated double-volume structure with 180-degree views of the sea and mountain. Initially viewed with some scepticism, the home now attracts curious visitors who stop to take photographs or chat with the owners about how humble shipping containers can be repurposed into a coastal architectural masterpiece.

The aim of the project was to create a home that was not only sensitive to the environment but also consciously made of salvaged materials. Who would have thought that a squash court, part of a pirate ship from a movie set and discarded flag poles from Hout Bay could find a new lease of life in a contemporary home? 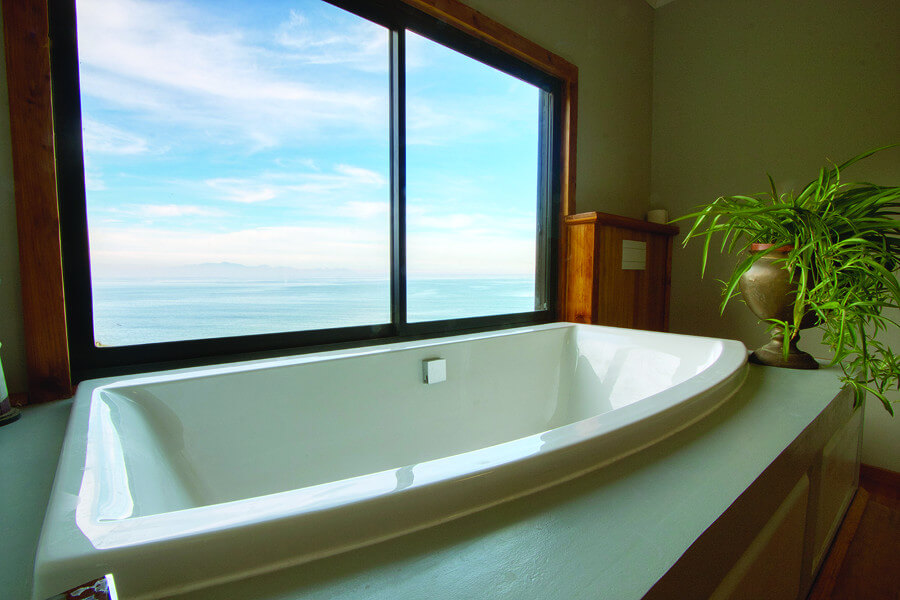 Upcycling is evident throughout – from the Oregon pine floors reclaimed from a property in Stellenbosch to the wood chips used outside that came from stables in Noordhoek.

Stairs that curve upwards do so to accommodate a boulder that unapologetically forms part of the interior decor. Glass stacking doors allow an easy flow between the main living area and the stoep. An indigenous garden completes the symbiosis between the living space and surrounding landscape.

The clever use of reclaimed materials means that the house exudes a sense of understated luxury. A customised kitchen, with ample space for entertaining, has top-end finishes. Figureheads from a film set used as frames for bathroom mirrors add a touch of the dramatic.

But it is the breath-taking views, even from the baths in two bathrooms, that steal the show. Large windows on both levels allow the magnificent sea and beach vistas to create an ever-changing natural backdrop. The house is so close to the shore that the crashing of the waves or the hypnotic sound of whales breathing during birthing season serves as the soundtrack for this coastal gem. 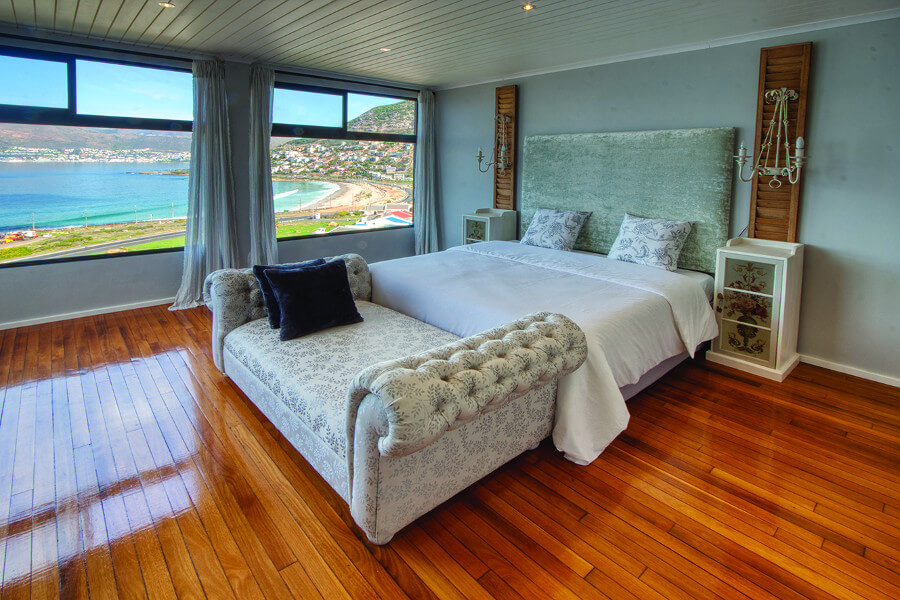 In addition to the masterful use of upcycled materials – from the beech floors to the balustrades picked up at a local builders’ yard – it is the overwhelming sense that the design and construction of this home was a labour of love, from conceptualisation to completion, that sets it apart.

The house, which is for sale, will appeal to a homebuyer with the same sense of adventure and optimism, someone who sees that there’s beauty beyond the conventional. Not to mention owning what has become a landmark property in Glencairn Heights. 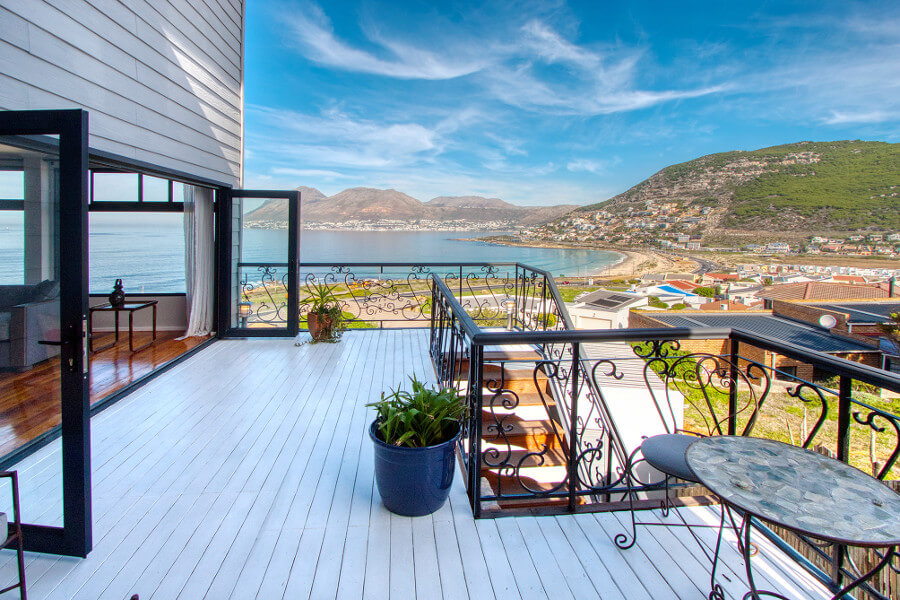