The rise of second-tier cities - Everything Property 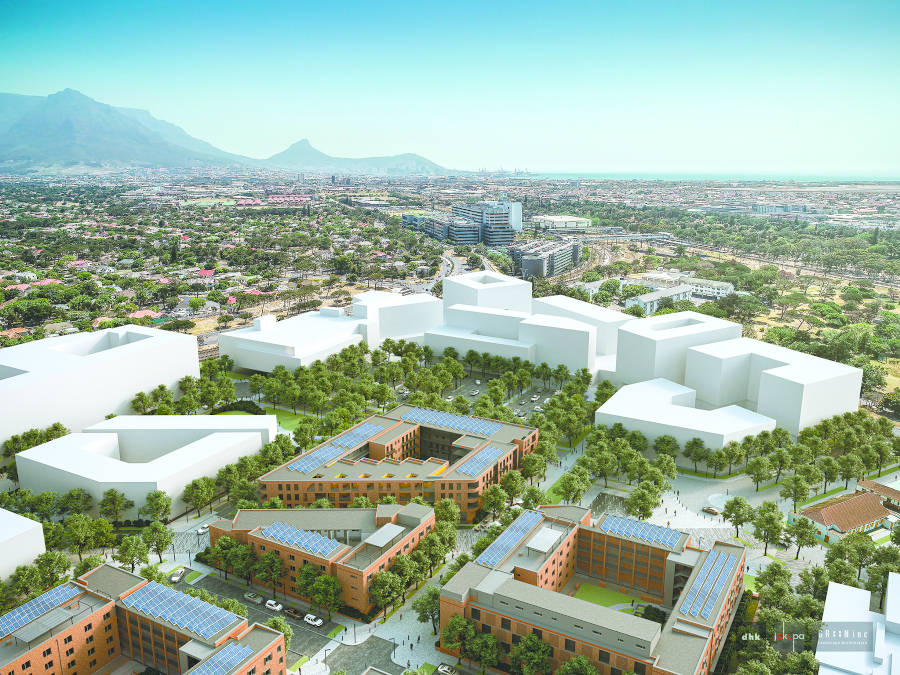 The AfrAsia Bank SA Wealth Report 2019 by New World Wealth flags several small-town hotspots in the Western Cape and KwaZuluNatal as being among the most exclusive in the country in terms of property investment. Plettenberg Bay, Knysna, Stellenbosch, Paarl, Franschhoek, George, Hermanus, Wilderness, Umhlanga, La Lucia and Ballito feature homes around the R20m mark, according to 2018 figures. Up-and-coming towns nearby are Nature’s Valley and Keurbooms (near Plett) and Zinkwazi (on the KwaZulu-Natal North Coast), the report says.

Affordability aside, what underpins growth in these areas is improved quality of life, which depends on infrastructure keeping pace with development. That means continued pressure on authorities to provide basic services, education, healthcare, policing, telecommunication networks and roads.

The United Nations estimates that 71.3% of the South African population will live in urban areas by 2030, and almost 80% by 2050. Gauteng, the Western Cape and eThekwini are expected to have the highest growth, according to the Department of Agriculture, Land Reform and Rural Development’s Draft National Spatial Development Framework.

Municipalities will need financial and technical support from the private sector too, it says. 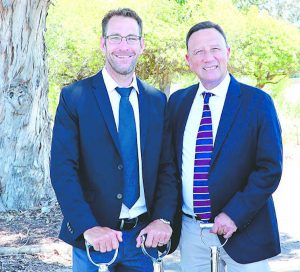 Recently launched Conradie Park in Pinelands, Cape Town, is a good example. SA’s first fully integrated mixed-income housing development aimed at reversing apartheid spatial planning is the outcome of a partnership between developers Concor and the Western Cape Government. The 22ha community comprises more than 3,500 homes, some of which are subsidised or grant-funded, with the remainder for sale on the open market from about R950,000.

The development is an incubator for growth and evolution, says head of sales Wayne Lawson. “It’s aspirational – those renting subsidised housing will be inspired to buy subsidised properties. Subsidised homeowners will in turn strive to buy their first house on the open market. The model provides social and financial support for this.”

Phase 1 has been launched and the public is keen to be part of a connected, multicultural community marked by affordability, sustainability and security, says Toni Enderli, founder of Realtor of Excellence. 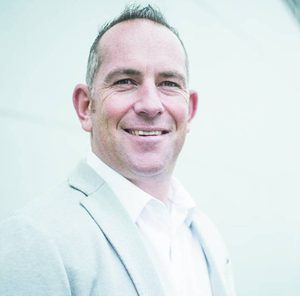 The model demonstrates how state-owned land can be unlocked to boost economic growth while providing mixed-income housing in one neighbourhood. Located near main arterial routes and railway stations, the project involves a long-term transport master plan, potential new MyCiti routes and road upgrades.

Concor project leader Mark Schonrock says the R3bn development will also stimulate small business growth through 10,000m² of retail and, initially, 14,500m² of commercial space – all designed by architects DHK and Jakupa. More than 2,000 jobs will be created during construction.

Included are two schools, several creches, a hotel, an urban gym and pet-friendly parks. Foot and cycling paths are part of an integrated non-motorised transport plan and green technology has been applied to energy, water and waste management. The first phase comprises 99 units and occupation is set for early 2021. 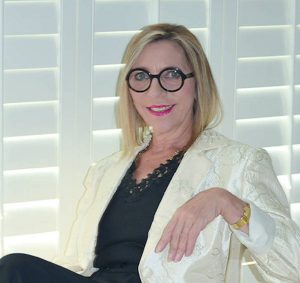 SA’s second-tier city landscape resembles what is happening in large cities around the world, except here it is geared more for the lower- to middle-income groups, according to Linda Erasmus, CEO of Fine & Country SubSaharan Africa.

“Mixed-income developments with units selling from between R500,000 and R1.8m, some of which are subsidised by government, are well needed in smaller hubs such as Mbombela and Rustenburg,” she says.
Employees seeking accommodation closer to their place of work to overcome historic transport challenges, among others resulting from colonial and apartheid planning, may find solutions in mixed-income developments.

“Town planners will need to make provision for transport hubs such as the Gautrain, linked to opportunities for new developments that take into account huge variances in income in different groups,” Erasmus says.

Rosebank is another area where mixed-income developments offer a complete solution to people from all income groups who wish to live and work in the same zone.

“During my early years on the executive board of the Randburg Business Chamber, I remember Cosmo City being debated by the municipality,” says Erasmus. “Objections offered by the public were driven by fear. They imagined an informal settlement developing on the doorstep of the city.”

Cosmo City was the first successful integrated development in SA, with occupation starting in 2005. “It was a huge success and has created excellent accommodation close to the city. Investors who bought early on have seen good return on investment over a 10-year period. First-time buyers are now in a position to sell and move even closer to the traditional areas,” Erasmus says.

The 2,000m2 Cosmo Mall, owned and developed by the Bentel Group, has also given the area a boost.
“Cosmo City was a huge success and has created excellent accommodation close to the city. Investors who bought early on have seen good return on investment over a 10-year period” Linda Erasmus, CEO, Fine & Country Sub-Saharan Africa 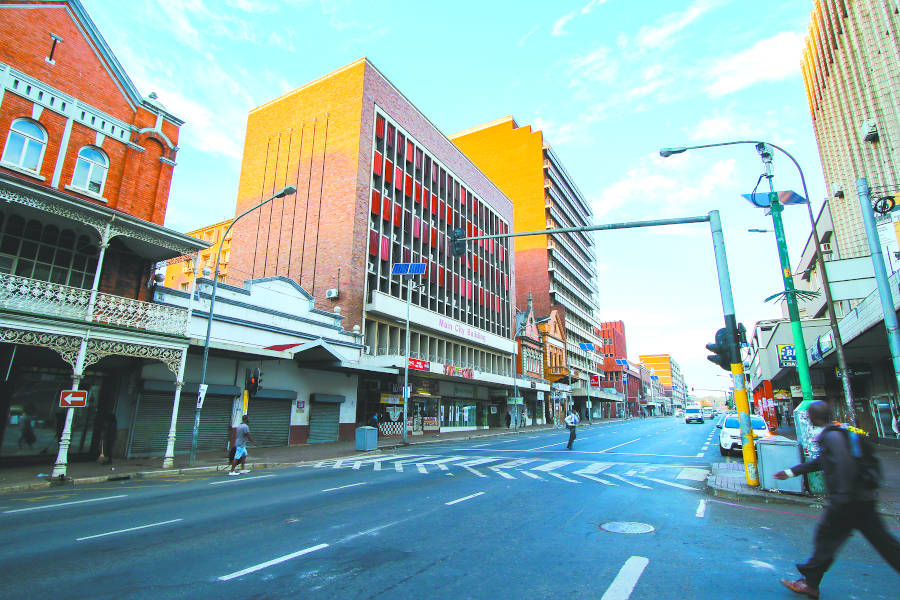 The new spatial plans for our cities lean heavily towards densification and thus better use of land, natural resources and existing infrastructures to better accommodate and embrace the country’s rapidly urbanising population and slow the proliferation of informal housing on the margins. 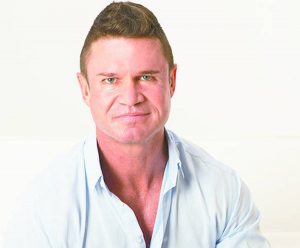 Chas Everitt International Property Group CEO Berry Everitt says new developments built with this in mind should also help to reverse the toxic effects of apartheid-era spatial planning by providing poor people with easier access to better services and more opportunities to obtain and create employment.
Traditionally, inner-city land has been too expensive to enable developers to deliver new mixed-use precincts that are affordable for lower-income earners. “Local authorities must work closely with developers in identifying suitable inner-city brownfield sites like the old Conradie Hospital grounds [the property that gave rise to Conradie Park] and making them available at low cost, while enabling and promoting the low-cost provision of the elements required for modern mixed-use developments to succeed,” Everitt says.

These include highspeed internet connectivity throughout the precinct, excellent public transport and sustainable energy and water supplies.

“Many suitable sites are already available in all of our metros and there are likely to be more as increasing numbers of traditional factories, office buildings and shopping malls in central areas become redundant. This will also be true of second-tier cities like Mbombela, Rustenburg, Pietermartizburg, Alberton, Germiston and Springs, which have large industrial areas close to their centres,” he says.

“Many developers are aware of the potential of these inner-city sites and even entire areas that can be transformed into thriving urban villages. Yet the major stumbling block is that many of our local authorities currently don’t have the town-planning, coordination capabilities or financial capacity to provide the help they need to bring such projects to fruition.” 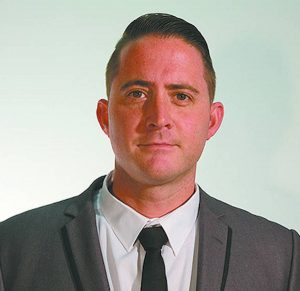 “If all goes well, this will be one of the largest and most innovative property developments in SA,” says Mott. “The project is set to be a benchmark for green infrastructure. It will provide electricity, water, digital infrastructure and roads for 350,000 to 500,000 people within the next decade.”

The envisioned Lanseria Airport City is a joint project between the Investment and Infrastructure Office in the Presidency and the Gauteng and North West provincial governments, working together with the cities of Johannesburg, Tshwane and Madibeng.

Neighbouring suburbs Sandton, Midrand and Fourways will also benefit as they are easily accessible from Lanseria.

“Improved transportation systems and town planning often signals where the next property hotspot will be and contributes to a shift in buyer patterns with a medium- to long-term view,” says Mott. “Rising demand for smaller homes in conveniently located areas creates opportunities for renewal of older suburbs close to city centres and public transport hubs – and even old industrial and commercial areas, where run-down properties can be recycled into decent, affordable accommodation for young first-time buyers and renters.”

This way, cities can make optimal use of existing utility, transport and communications infrastructures, become more inclusive and reduce “crime and grime”.

“There is downward pressure on prices of large, old homes in many heritage suburbs now, which creates more latitude for owners and developers to subdivide or rezone and build the upmarket apartments and clusters for which there is strong demand,” he says. “These will generate a much higher return. The resulting job creation, resurgence in property market activity and boost for the construction industry will ultimately contribute to positive economic growth.”