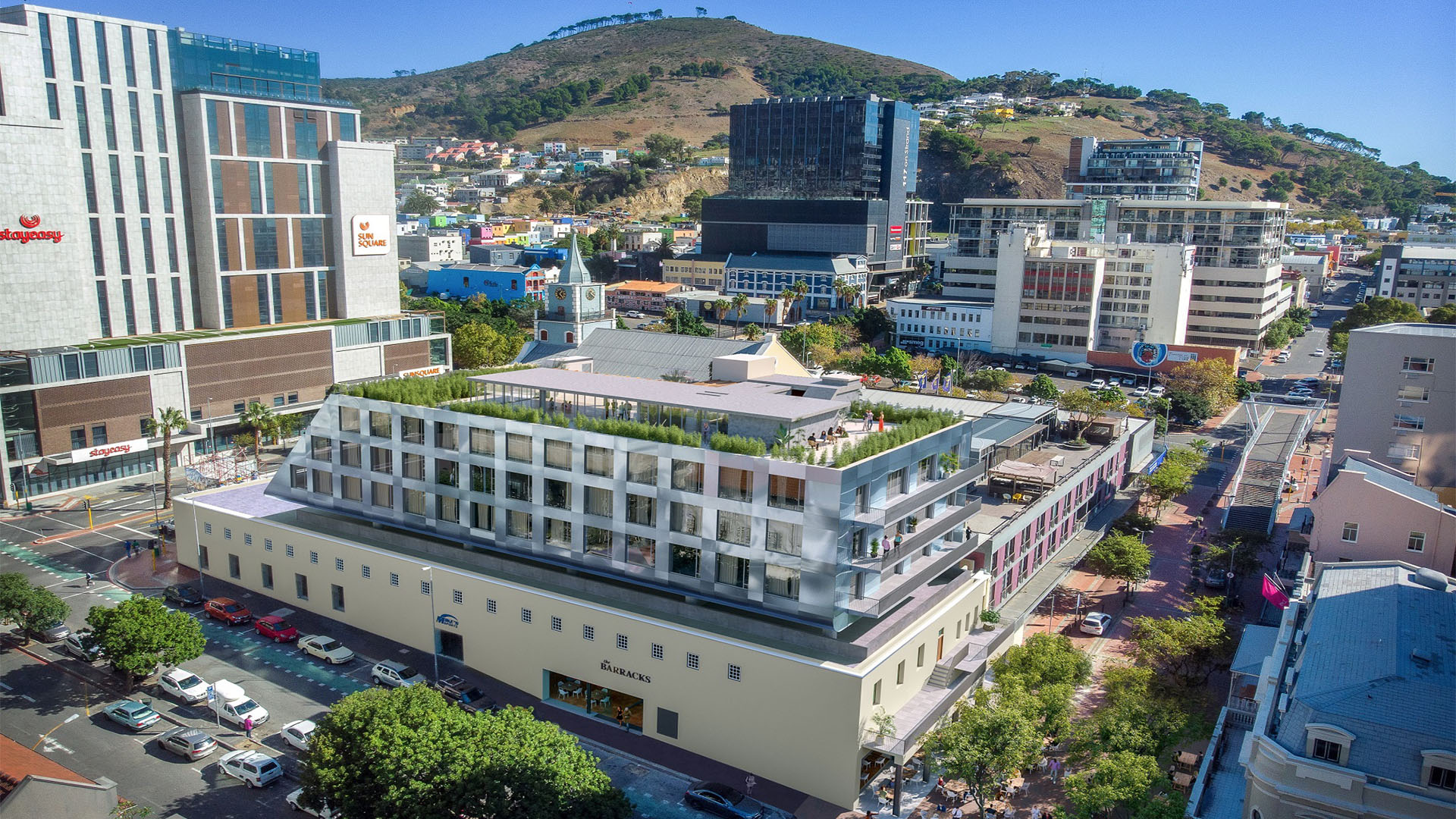 The Barracks, a new upmarket mixed use development  for  commercial and residential has been launched in Cape Town’s CBD with Seeff appointed to market the micro-apartments.

The development includes the restoration of a historic building and a new, modern building on top, which is a first for the country, says Ross Levin, licensee for Seeff Atlantic Seaboard and City Bowl.

The historic warehouse building dates to around 1767 when it was part of the Lutheran Church complex, serving as a military barracks from 1785 and later as a store for wine and wheat. An early 1800s map shows it as a military depot and there are references to it being used as the naval hospital. 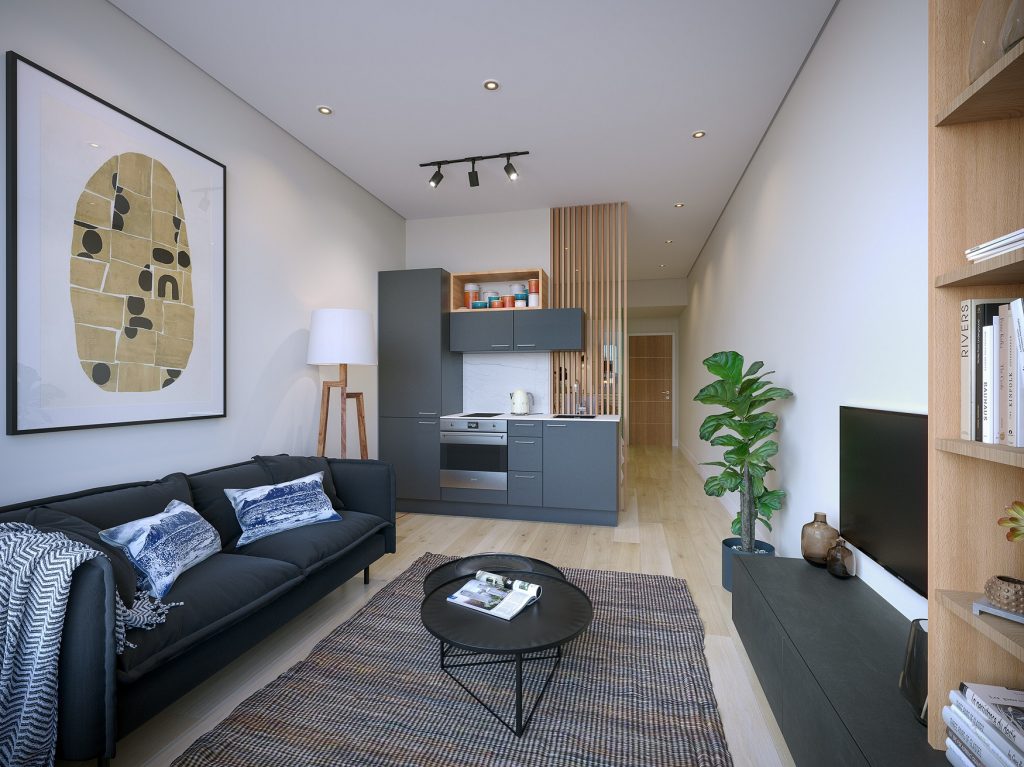 Levin says it is a passion project for the owners who wanted to develop the property for commercial purposes but retain the heritage importance of the site. They consulted Gabriel Fagan Architects and Dr Steve Townsend for their heritage expertise and guidance.

Following various impact and heritage assessments, the late Gawie Fagan, a highly respected heritage architect who was involved with the Lutheran Church and passionate about conservation of the block conceptualised how the old and new could co-exist successfully.

The first part involved rehabilitating and restoring the historic warehouse including returning the exterior facades along Strand and Bree Streets to the best-known form as referenced from an 1880s photograph from the Cape Archives of the view up Strand Street from the corner of Bree Street. 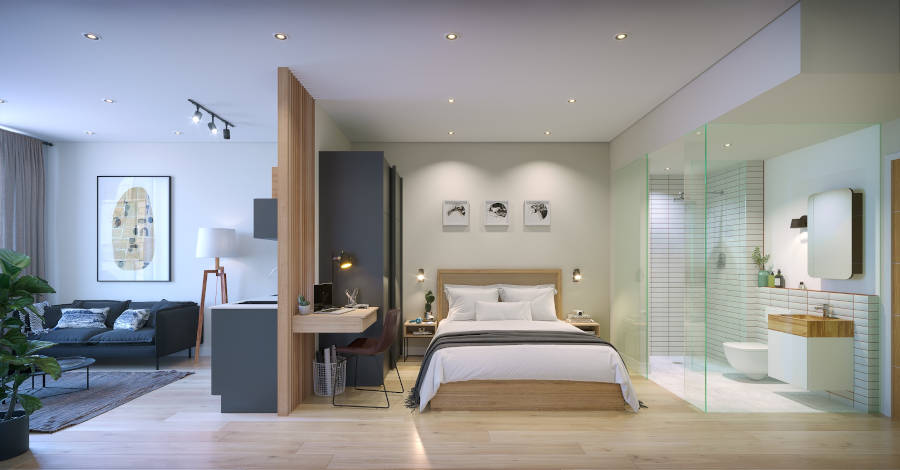 Modern interventions have been removed while all authentic heritage fabric was retained, restored and showcased. Various disparate parts of the building complex have been successfully re-integrated both structurally and visually. This was an intricate and delicate process as the old heritage roofs were still kept and protected during this process.

The main entrance has been created on Bree Street with an arcade slicing through the building to link up with the Church courtyard. All the fabric from this slice was salvaged and used to re-instate a part previously demolished. The result is a considerable increase in, and accessibility to the significance of the historic structure, long hidden from view.

The modern new building sits as if floating on top of the heavy masonry of the historic building, set back to preserve the signature views of the Lutheran Church and 18th century streetscape. The result is a unique view of an 18th century block from the street while the modern new component above blends with the surrounding modern cityscape.

Levin says the development meets the need for modern living while preserving the important architectural heritage of Cape Town. It is an exciting new addition to the skyline and will further its status as one of the best cities in the world to live, work and play in.

The rooftop will feature a lifestyle centre with amenities such as a pilates/yoga studio, treatment rooms, a refreshment bar, a 12,5 metre lap pool, outdoor decks and greening. Residents and guests can ascend from their apartments below to exercise, stretch or relax and enjoy scenic views of the city, Table Mountain, Signal Hill and the Cape Town Stadium.

There are 64 high quality micro apartments comprising predominantly studios along with a limited number of one- and two-bedroomed units. Prices range from around R1,7 million for a studio, R2,4 million for one bedroom and R3,8 million for two bedrooms.