The allure of the Big Four - Everything Property

Amid uncertainty about the future following the Covid-19 post-lockdown, many are hesitant about investing in property. Yet luxury estate developments in four key areas are still drawing interest from buyers attracted by lifestyle and safety aspects

There is no denying that SA faces immense challenges to rebuild its economy following the devastating effects of the coronavirus crisis, but there are many investors and first-time homebuyers who believe the country still offers excellent value in the luxury property market. SA has the largest wealth market on the continent and the 32nd largest worldwide in terms of total wealth held. This is according to the SA Wealth Report 2020, New World Wealth’s latest annual report released at the end of April. It also states that, based on the wealth statistics available in December, about 38,400 millionaires (high net-worth individuals or HNWIs) were living in the country at the time.

Most of these HNWIs live or own property in the country’s “Big Four”, namely Johannesburg, Cape Town, the Boland towns of Paarl, Franschhoek and Stellenbosch in the Cape Winelands, and Durban and Umhlanga in KwaZulu-Natal. SA was already in a technical recession before the Covid-19 pandemic hit. For more than a year now, sales in the higher-end residential property market have been slowing down as many investors adopted a wait-and-see approach. The nationwide lockdown from the end of March brought the property market almost to a standstill, so it is quite surprising and most promising to note that property leaders and developers report continued activity in the luxury residential market.

“There are more buyers out there than one may expect,” says Fine & Country SA CEO Linda Erasmus. According to her, the worldwide coronavirus crisis and the current exchange rate mean that buying property overseas has become less attractive for local buyers in the luxury market. What’s more, some international buyers are very much aware that they can pick up bargains in sought-after areas while the exchange rate favours them significantly.

Seeff Property Group chairman Samuel Seeff says he does not expect demand to flare up in the luxury residential market because it had already been in decline over the past 18 months because of the state of the economy. However, luxury estates are the exception “as there is an increase in demand for the secure lifestyle on offer,” he says. Property developers involved in luxury estates confirm this. Rawson Developers property consultant Brad Morgan says despite the lockdown the company had record sales at The Westwood, a new luxury apartment development in Upper Observatory, one of Cape Town’s southern suburbs, during April. Other developers, too, report an increase in market activity at luxury estate developments. In Johannesburg there has been an increase in queries as well as sales in Tricolt’s luxury security estate developments says CEO Tim Kloeck. “We’ve signed more deals than in February,” he says in reference to the high-rise residential development Ellipse Waterfall in Waterfall City, Midrand.

“For those who have the money to invest, with the banks offering very low interest rates right now, this is the perfect time if you want a house in a good area,” says Rawson Property Group chairman Bill Rawson.

Kloeck says Tricolt has had an increase in queries from people looking to downscale from their houses to buy a home that is safe and secure. “In the first place they are looking for safety and security, but the lifestyle also appeals to them,” he says. For instance, the luxury residential development Brookfield at Royal in the Royal Johannesburg & Kensington Golf Club offers kilometres of running and cycling tracks. “Unique properties like Brookfield at Royal and Ellipse Waterfall are standing the test of time and selling despite Covid-19,” says Kloeck. Even during the lockdown, although representatives were not allowed to see clients they were signing deals via video conferencing and online communication networks. Also attracting attention are luxury estates in nearby Centurion, such as Midstream Estate and Centurion Gold Estate, whereas in Pretoria East luxury estates such as Waterkloof Boulevard and Woodhill Golf Estate are in high demand.

The Cape Town Metro comprises some of the country’s most exclusive neighbourhoods such as Clifton, Llandudno and Camps Bay on the Atlantic Seaboard; Oranjezicht and Vredehoek in the City Bowl; and Constantia and Bishopscourt in the Southern Suburbs. “There has been some activity; however, there’s certainly been no rush to jump into the property market quite yet,” says David Sedgwick, managing director of Horizon Capital, the developers of a collection of penthouses in Oranjezicht and Vredehoek. He believes people are proceeding cautiously and conserving cash until the full extent of the economic damage and the road to economic recovery are clear. On the Atlantic Seaboard, Seeff has had continued interest in apartments in the Waterfront and in the Mouille Point and Sea Point area, with sales predominantly in the R6m to R18m price bands. Welgedacht Estate in the Northern Suburbs and Silverhurst Estate in Constantia in the Southern Suburbs are also among the developments that have remained popular with upper-end buyers. 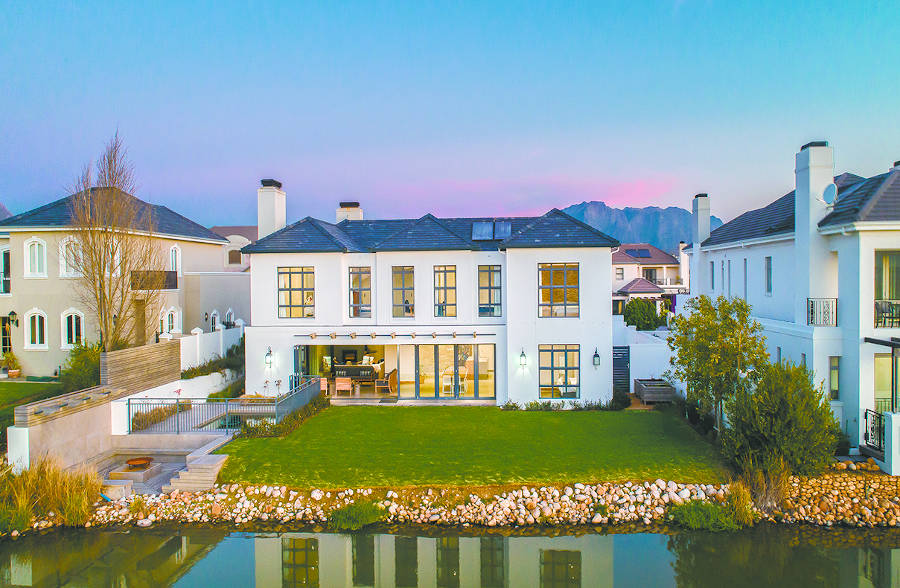 The Cape Winelands has broad appeal, with the towns of Paarl, Franschhoek and Stellenbosch offering luxury estate living in convenient locations – close enough to Cape Town yet retaining the sought-after country lifestyle. Jordan Greenhalgh, Pam Golding Properties agent at Val de Vie Estate and Paarl Valley, reports getting enquiries from international buyers and investors looking for bargains. “Most of the international buyers have visited SA before or have some connection with the country and the area they are buying in,” she says. In Stellenbosch there is a lot of interest in new developments, which hold considerable appeal as there are no transfer fees payable, according to Vanessa Johnson, the Pam Golding Properties agent here. “People prefer luxury upmarket lifestyle properties that require little maintenance,” she says.

Stellenbosch, Paarl and Franschhoek are also attractive to HNWIs wishing to retire.

According to Di van Graan, another Pam Golding Properties agent for Stellenbosch, retirees tend to prefer lifestyle estates over retirement villages. “People looking to relocate from upcountry mostly rent in secure estates while they decide where they would like to live, so there is always a demand for rental properties,” she adds. 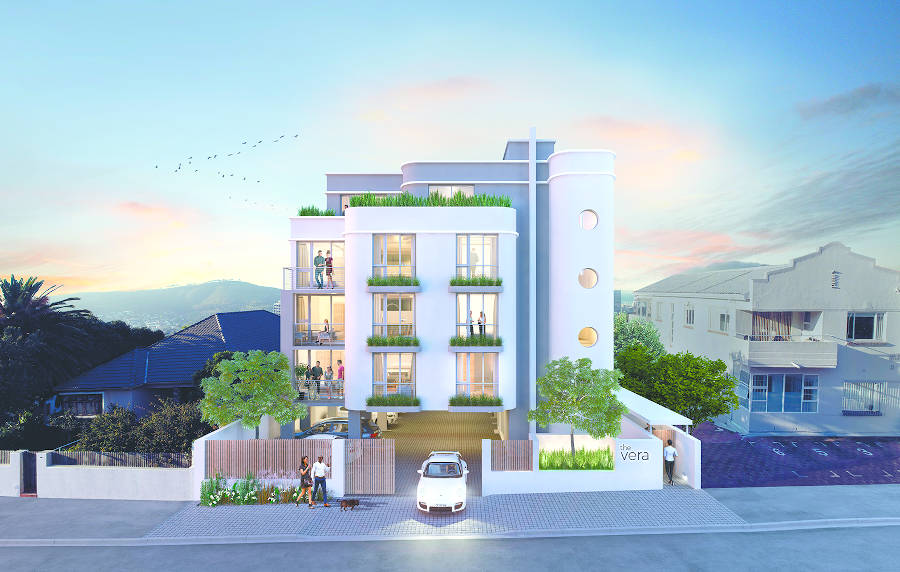 The New World Wealth report lists Umhlanga and Ballito in KwaZulu-Natal as two of the fastest-growing areas in SA in terms of wealth growth over the past 10 years. The apartments on Lagoon Drive in Umhlanga are some of the most expensive in the country. “The trend in the luxury property market, even before lockdown, indicated a strong swing towards estate living and security,” says Erasmus. The North Coast continues to attract an influx of buyers from the rest of the province, as well as Gauteng and other regions and even globally, says Seeff North Coast principal Tim Johnson. Palm Lakes Estate, one of the largest residential estates on the North Coast, is one of the property hotspots. Eco-friendly developments such as Simbithi Eco Estate in Ballito and Balwin Properties’ Izinga Eco Estate in Umhlanga are another popular trend. Ultimately, as Kloeck says, despite the country’s economic challenges and the viral pandemic, the main benefits of real estate as a long-term investment still stands. Key among them is location, location, location – particularly if a property is situated in one of the sought-after lifestyle estate developments in one of the country’s Big Four areas. 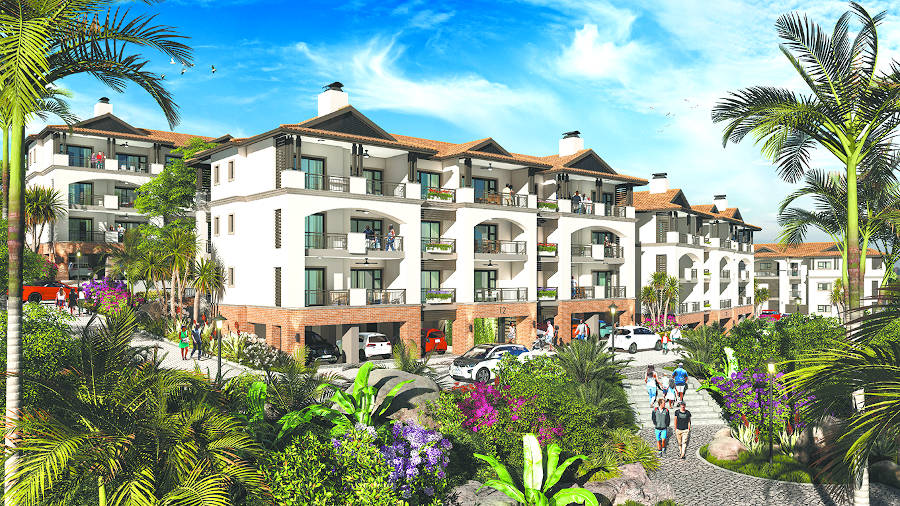