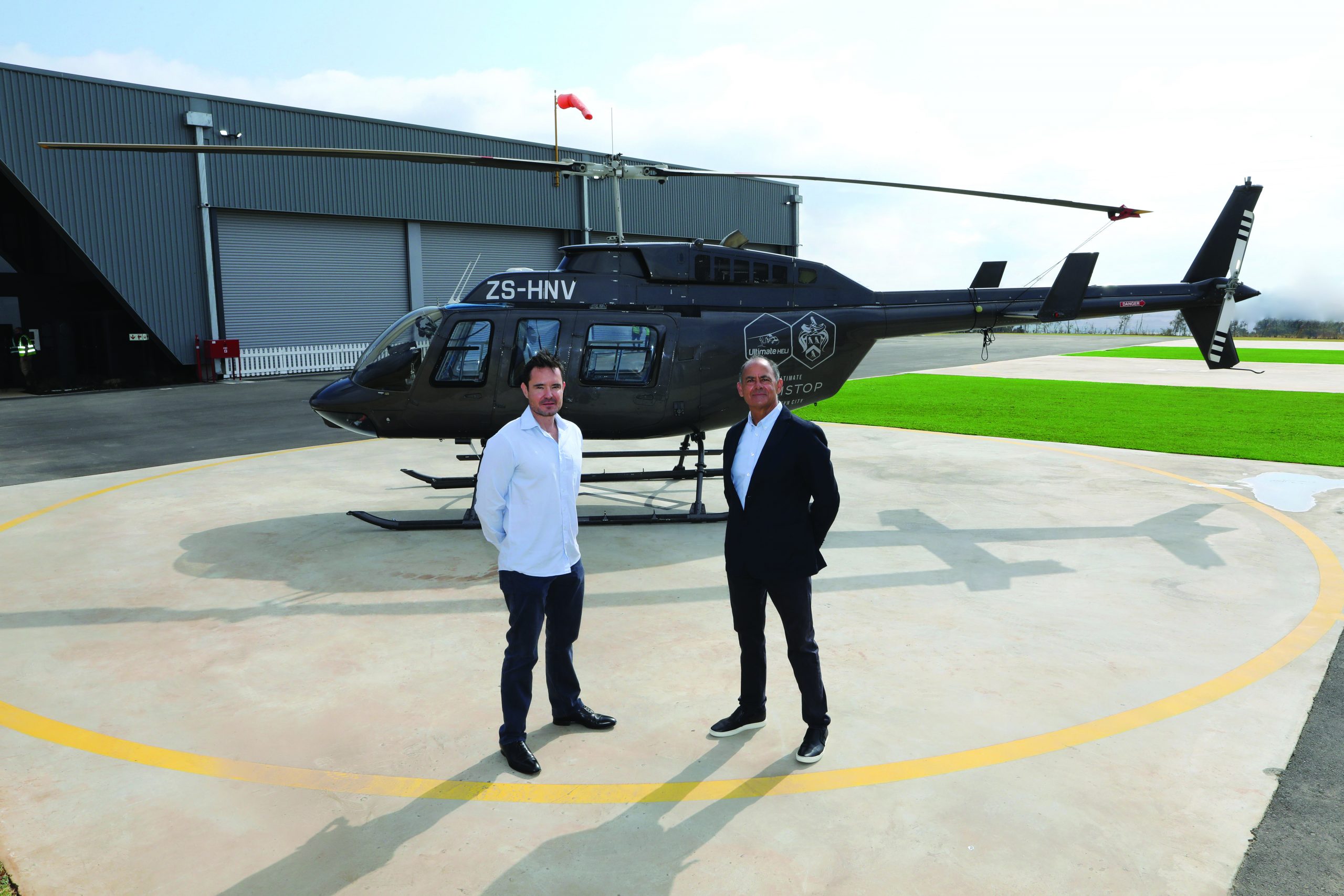 Steyn City is pulling out all the stops with the recent launch of its international standard helistop. A residential development first in South Africa, the Helistop is a milestone for developers, Douw Steyn and Giuseppe Plumari – CEO of Steyn City Properties. “This was always part of our master plan,” says Plumari. “From the very beginning, when Douw and I were just starting to imagine what it would take to really distinguish Steyn City, we considered the facilities we should make available to residents. We agreed that, given our accent on luxury, a helistop would be an excellent addition to our parkland residence. 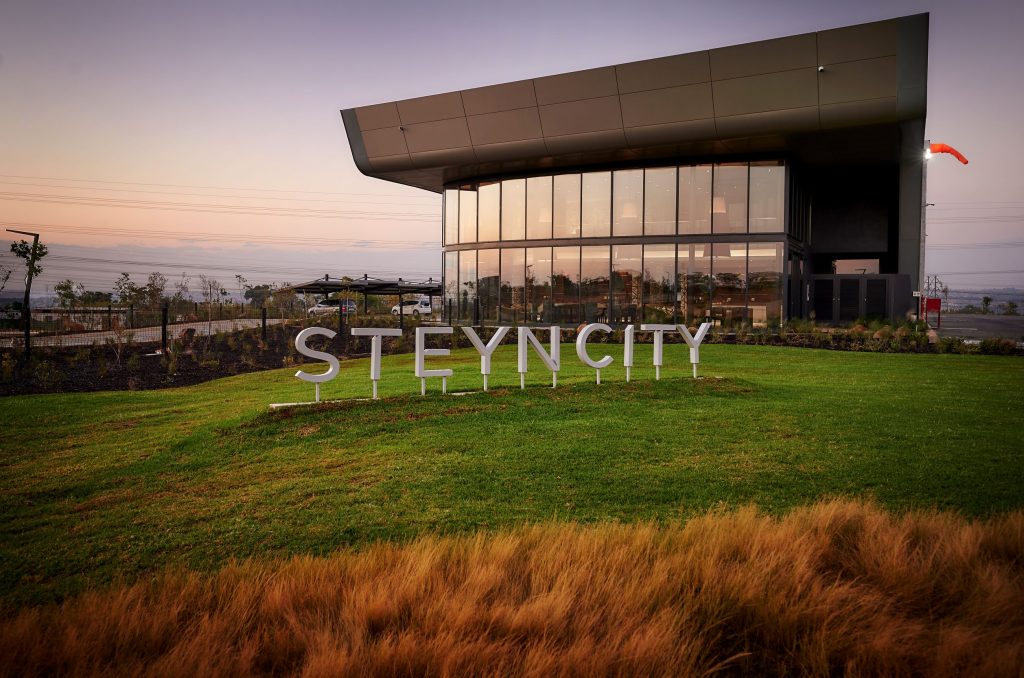 Ultimate HELI CEO Shaun Roseveare says that they are excited to be part of this unique venture. “It’s a very exciting development and we look forward to providing first class helicopter services to the residents of Steyn City. This will give the residents convenience of helicopter services to shuttle them to the Sandton CBD, airport transfers, scenic flights, direct transfers to other towns, cities and lodges.”

The Ultimate Helistop differs from conventional helipads that may be found at other developments, luxury golf or bush destinations for several reasons, Plumari continues: “for a start, these helipads function simply as a launch or landing pad. In contrast, the Steyn City Ultimate Helistop has a FATO (Final Approach and Take-Off area), plus three independent helicopter parking pads and is a seven star facility boasting a full array of attentive services including a beautiful reception area, a lounge and viewing area for convenience and comfort with a coffee station and the latest reads.” 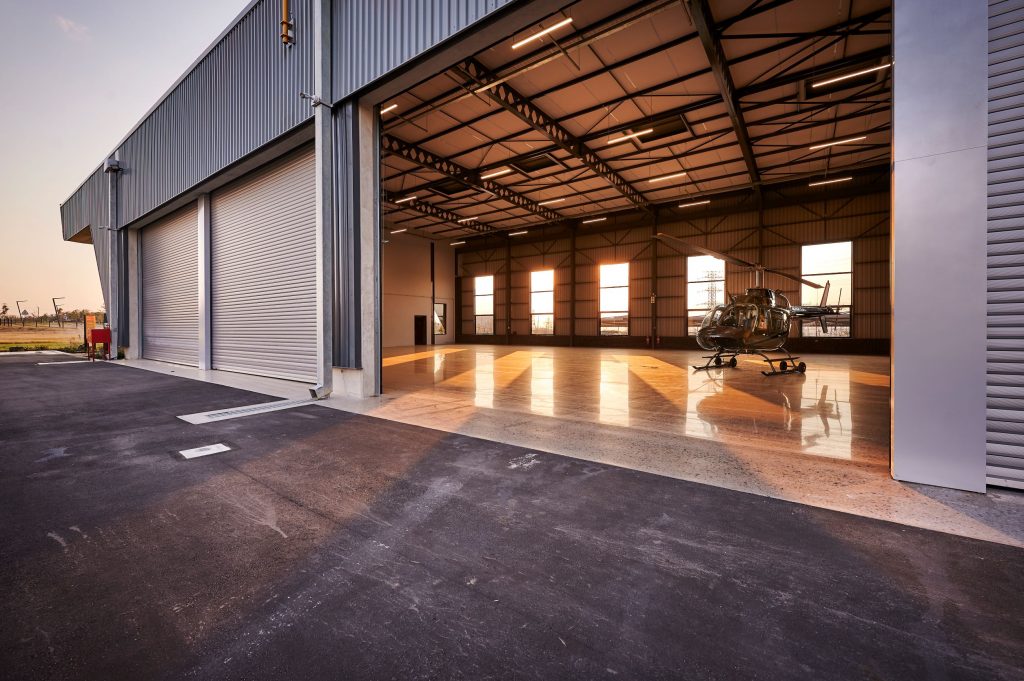 “There is an upstairs office suite with a private meeting pod for guests to host a meeting on arrival or prior to departure, as well as washroom facilities to freshen up before your next flight. Added to this, the Ultimate Helistop is capable of storing a number of helicopters in its sizeable hangar, which measures 650m². Its parking bay configuration makes it possible to load up to three helicopters at a time, ensuring that there is no delay between taxi or take-off, even if more than one flight has been scheduled.”

All services provided by Ultimate Heli are also available to non-residents, who can schedule or charter a flight. “The building’s magnificent design mirrors the blades of a helicopter rotor,” says architect Bryan Charters who worked closely with Ultimate HELI to ensure the building complied with international standards, and a touch of elegance has been added by leading interiors’ expert Stephen Falcke. “We are thrilled to be able to offer Steyn City’s residents this one of a kind service, keeping our promise to deliver the best lifestyle estate in the world,” Plumari concludes. 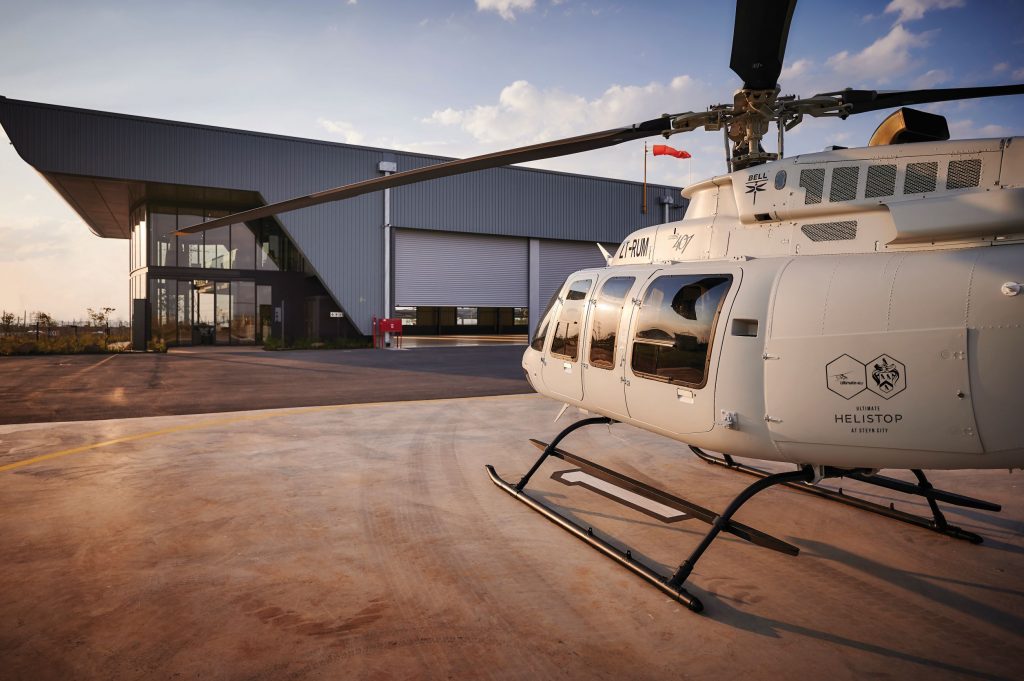