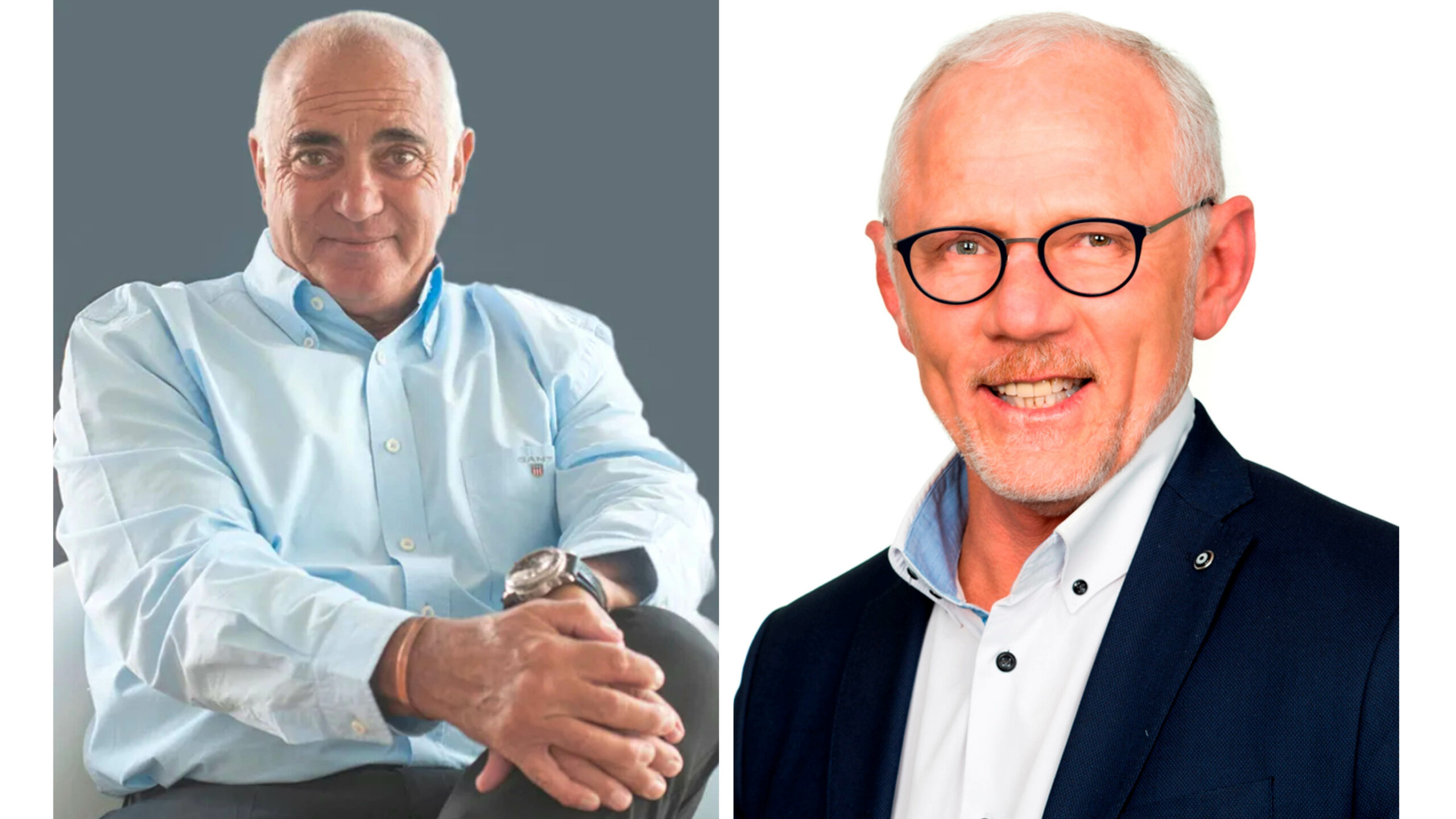 Sometimes it takes an Iranian copper pot sold on a Hillbrow pavement to launch a property empire that has continued to grow and prosper for four decades, proving Darwin’s theory that it’s not the strongest of the species that survives, nor the most intelligent; but the one that is most adaptable to change.

And the truth is that very few privately owned businesses will stand the test of time to celebrate their 40th anniversaries, but those that do, generally have a number of things in common which underpin their longevity and the creation of legacy brands that continue to remain relevant.

One such company is Lew Geffen Sothebys International Realty, which has weathered multiple storms, including six recessions and a pandemic, to reach this laudable milestone in April this year.

As the only son of a very ambitious mother, founder and chairman, Lew Geffen, was initially very reluctant to follow in his mother, property doyenne Aida’s, footsteps and his path to establishing this now-household brand, was via the importation of Iranian curios and the construction industry.

“When I did eventually join the family business after a deep recession caused the collapse of the building industry and my construction company, I came in at the ground level as an agent selling property in the Saxonwold and Parkwood areas for a few years.

“It was during this period that we decided to Franchise Aida and I was appointed CEO of the new operation and I managed to sell 12 franchises in Gauteng, Pretoria being one of them.

“Initially, the Pretoria franchise was basically a small clothing shop with three agents dabbling in real estate, but within two years I had grown the business into a 60-person strong enterprise and a thriving business.

“But when all the accolades went to my mother, I soon grew frustrated and it dawned on me that a small tree cannot grow under a big tree and that I actually knew more than most people about this aspect of the business. This gave me the confidence go out on my own – and it was the best decision I ever made.”

It quickly became clear to Geffen that there were a number of factors that were likely to influence his success; one’s which would also probably help to lay the foundations for business longevity.

“Every business is unique, but in broad terms, achieving establishing and growing such a business comes down to offering products or services that continually satisfy customer demand, along with nuanced growth strategies and a close understanding of the competitive marketplace.

“The most important asset you can have, though, is a good team, so employ the best people you can afford and give them the chance to grow. And treat them like family, because they will return the favour and such a team will always work better together and, ultimately be more inspired and motivated. “In fact, Ruth Kaplan, who left Aida with me when I started Lew Geffen Estates, is still with the company today, 40 years later.

“And my wife Sandy, who joined the company two years in (1984), not only weathered all the storms – and enjoyed the sunshine – alongside me, she was also an integral part of our success as she oversaw numerous crucial functions, including the training of agents nationally.

Geffen also believes that it’s important to realise from the get-go that it’s impossible to manage every aspect of the business when, in truth, no one is good at everything. “Once you have established your strengths and found your passion, you can focus on what you do best and delegate where your skills may fall short.

“I found out early on that my forte is marketing and I loved to create cheeky ads that grabbed people’s attention and got them talking. And then I met the dynamic Peter Cheales, who came up with our catchy first slogan – Geffenitley Sold.

“The continued success of our unique marketing strategy very clearly evidenced how important it is to ensure that your business stands out from the competition from the get-go.” It’s also not enough to rest on one’s laurels and assume that you will remain relevant, says Geffen. “After 20 years, Lew Geffen Estates had grown exponentially to become a household name but there is only so far one can go in any industry and one specific market.

“You can’t keep doing exactly the same thing and assume that your client’s eye won’t be caught by something newer and more interesting – you always need that something extra to compete, and that’s what Sotheby’s International Realty did for us.

“Our very solid national infrastructure built up over two decades along with a very talented team enabled us to forge the affiliation with Sothebys International Realty and it elevated our brand to a new level we couldn’t have achieved on our own.

“A 300-year-old international brand carries weight and authenticity that no amount of skill nor marketing budget can create in mere decades and, overnight, our client base grew and the customer demographic elevated as did our international reach.”

Another thing Geffen has learnt over the years is that there are many things that are beyond our control and things will go wrong and that when they do, it never pays to spin doctor or lie – rather be outspoken and honest. And worrying yourself to death with also get you nowhere.

“As Scarlett o Hara in Gone with the Wind said whenever she was in a tight spot: ‘I’ll think about it tomorrow’.” You will also not get very far if you’re afraid to seize opportunities and to passionately stick to your beliefs and principals, says Geffen.

“During the Apartheid days, I was vehemently anti the Group Areas Act and I was a determined proponent of its abolition and so was determined not to let this law stop me doing business with whomever I wanted to. “Back in the day, many now-prominent black people, including Richard Maponya, bought property from me. I knew I was breaking the law but I didn’t give a damn.”

“Lew Geffen Sothebys International Realty is an integral part of the South African realty industry and with the Sotheby’s International Realty brand affiliation, setting the company even further apart from the competition, I naturally jumped at the opportunity when it arose,” explains Odendaal. He admits that although buying into such an established brand does add considerable pressure to live up to expectations, the benefits far outweigh this minor stress.

“Being involved with a company that can proudly boast such an amazing history is an advantage in itself. By acquiring such a reputable, established company is much like being handed a paddle and a floating device before being thrown in at the deep end. “The fact that it already had a steadfast, well-established infrastructure which compares with the best in the industry, immediately placed me on the front foot and enabled me to hit the ground running.”

Like Geffen, Odendaal firmly believes that real estate is primarily a people’s industry with relationships and integrity being the two most important factors in success and longevity. “Numbers and success are undoubtedly the fruit of a well-established, well-supported and happy team. Because I’m passionate about people and connecting them with their own passions and dreams, I’d like to believe it starts and ends with the relationships which one builds.

“I’m thrilled to have joined and been so well-received by this family-orientated realty company, which is now headed up by Lew’s daughter, Yael Geffen. I immediately felt welcomed by an extremely professional team of executive committee members as well as the strong national franchise group.” Odendaal believes that the industry offers the very best opportunities over a broad spectrum and was drawn to it because he ‘didn’t want to be a choice, but rather to be able to choose’. I would love to be able to pass on a well-established business to someone else someday.

If your goal is to create a business that will still be around in a decade or more, Geffen’s final word of advice is that you need to look beyond today’s fads and trends in order to remain relevant and achieve longevity. “Consider how your product or service can continue to be relevant in the long run as this will impact the foundations you lay, the infrastructure you create as well as how the company is operated and managed.

“As the inimitable William Shakespeare once said: ‘There is a tide in the affairs of men, which taken at the flood, leads on to fortune. Omitted, all the voyage of their life is bound in shallows and in miseries. On such a full sea are we now afloat. And we must take the current when it serves, or lose our ventures’.”