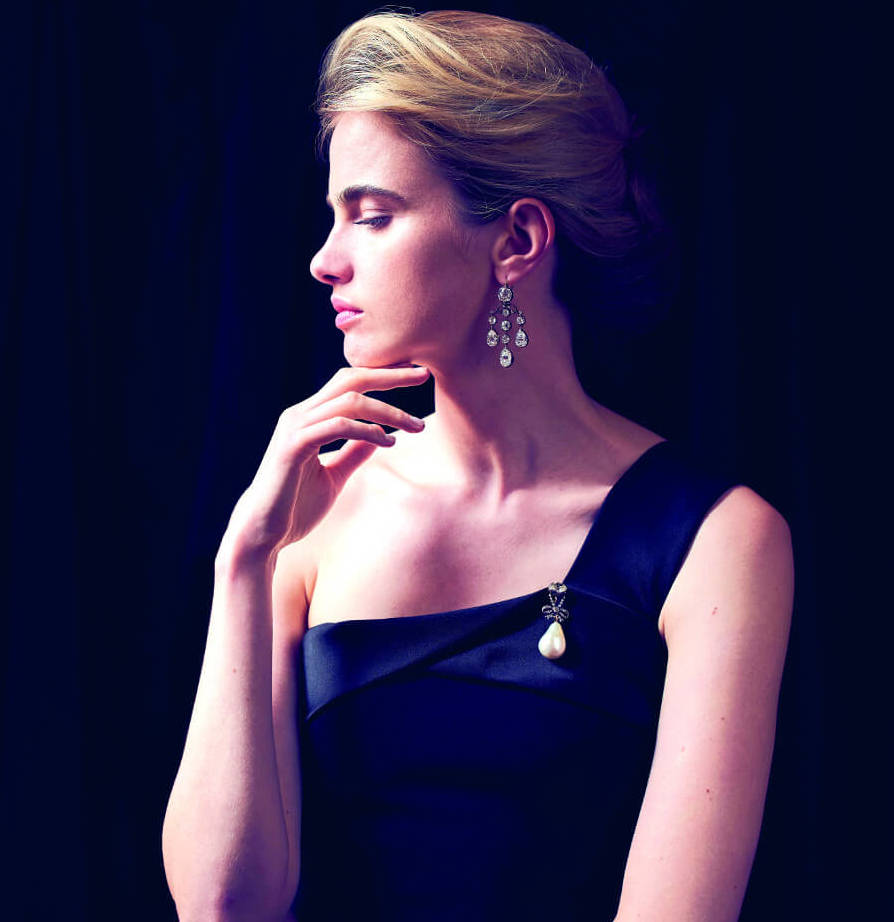 The HAGI Top Index for rare classic cars, which includes 50 models from 19 marques, rose almost 2.5% in 2018. However, not every marque recorded an increase. Porsche, for example, fell on average by 6.5%.

Highlights of the year included the sale of two 1960s Ferrari 250 GTOs for $48 million (an auction record) and $70 million (privately). A 1935 Duesenberg Model J, once owned by actor Gary Cooper, was auctioned for $22 million, a record for a pre-war car.

But records aside, the real story of 2018 is the return to moderate market turnover after the classic car bull run of 2012–15, as well as a shift from agency sales to private networks. A survey of HAGI members revealed that more than 70% of recent  transactions were agreed among “friends”.

The most influential group in the market remains knowledgeable collectors, and their asset allocation preferences have changed. No new money was allocated to portfolio expansion in 2018, only to upgrading or replacing existing holdings. In addition, many new entrants who joined the market five years ago have now exited. As a result, there are a lot of opportunities for buyers in the current market.

The sell-through rate at the first major auctions of 2019 showed demand remains strong. But pricing is clearly key, with many lots failing to make their mid-estimates. 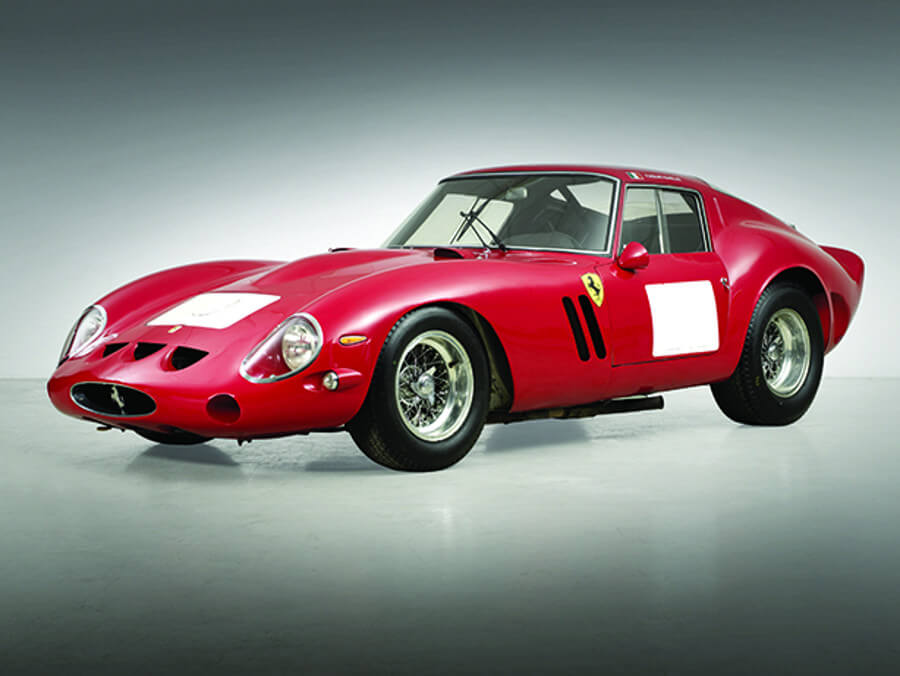 Record-breaking sales at Sotheby’s and Christie’s last November capped another impressive year for the big auction houses. In New York, the Christie’s $833 million spring sale of 1 500 objects belonging to the Rockefeller estate was the highest auction total ever for a single collection.

The sale produced individual artist records for Henri Matisse and Diego Rivera, but may be remembered more for the huge media attention it gained worldwide. Social media marketing is vital to auction houses at a time when profits for big-ticket sales are increasingly split with third party guarantors.

The $90 million sale in November of David Hockney’s iconic work Portrait of an Artist was also surrounded by huge media attention and produced another record, this time for a living artist.

Sotheby’s also set its fair share of records. In London in October, Jenny Saville’s Propped sold for $12.5 million, more than doubling its estimate and breaking the record for a woman artist. A month later, The Businessmen by Jacob Lawrence tripled its estimate, selling for $6.2 million in New York.

Works by African-American and women artists have long been considered undervalued, but this level of interest may have taken even the experts by surprise. I expect the trend to continue.

Last year was a transformational one for rare single-malt Scotch whisky. One bottle set a new world record of £700 000 in October, only to be beaten a month later by one that sold for £1 million before the buyer’s premium. Both were bottles of The Macallan distilled in 1926. Values for certain old vintage rarities soared past previous records, achieving almost unimaginable new auction highs.

To some extent we saw that with The Macallan 18-year-old index, which fell by 2.9% in 2018. This followed a 142% increase in 2016 and a further 35% increase in 2017, so perhaps an adjustment was to be expected. From a risk perspective, we believe the incidence of fakes can only increase while prices are so high and demand so robust. 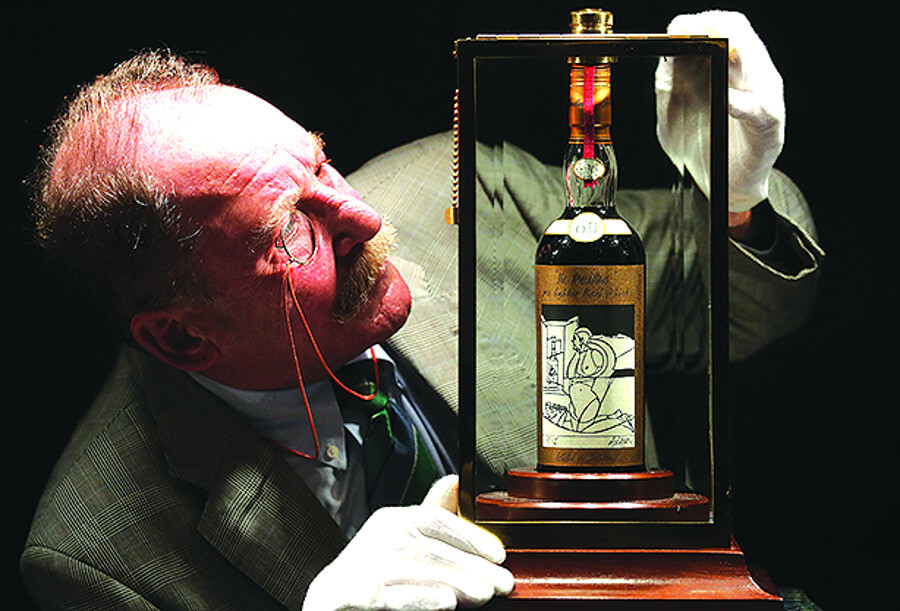 Last year was a fairly positive year for fancy coloured diamonds, and we continue to see pricing stability. Prices across most colours and sizes rose slightly on average, even though the Chinese economic slowdown caused a decline in the number of fancy colour diamond retail transactions.

At the top price points, where supply is permanently short, values were practically unaffected. Traders are holding firm, projecting an improved trading environment in the second half of 2019.

In terms of colour, blue diamonds were the top performers in 2018, with yellow values weakening slightly and pinks remaining stable. Fancy intense blues performed particularly strongly, with some sizes rising in value by almost 12%.

Just when we thought the limits at the top of the market were being tested, 2018 saw further rapid price escalation for Burgundies, notably top Grands Crus from the “Rs” (Raveneau, Romanée-Conti, Roumier and Rousseau), driving our Burgundy
index up 33%.

Sotheby’s October sale saw a single bottle of Romanée-Conti 1945 fetch $558 000 – somewhat higher than its upper estimate of
$32 000! The sale highlighted the potential premium the market is prepared to pay for impeccable provenance. The maturing Asian fine wine market places a heavy emphasis on history and cosmetic condition.

It’s hard to predict where the top end of the market will go from here, but it’s likely this pattern of polarisation favouring blue-chip wine from top producers will continue, with prices accelerating, in particular as the wines approach their drinking windows.

On a longer-term view, collectors will want to continue to buy into those young and upcoming Burgundy and Piedmont producers who have the best-located vineyards.

Outside France, our Californian index (up 17.5% in 2018) continues to push ahead, driven by a mix of scarcity, local demand, direct-to-consumer models and, of course, intrinsic quality. It’s also nice to see that undervalued, accessible Spanish Riojas are enjoying a resurgence, with the great estates of Tondonia and CVNE setting the pace. 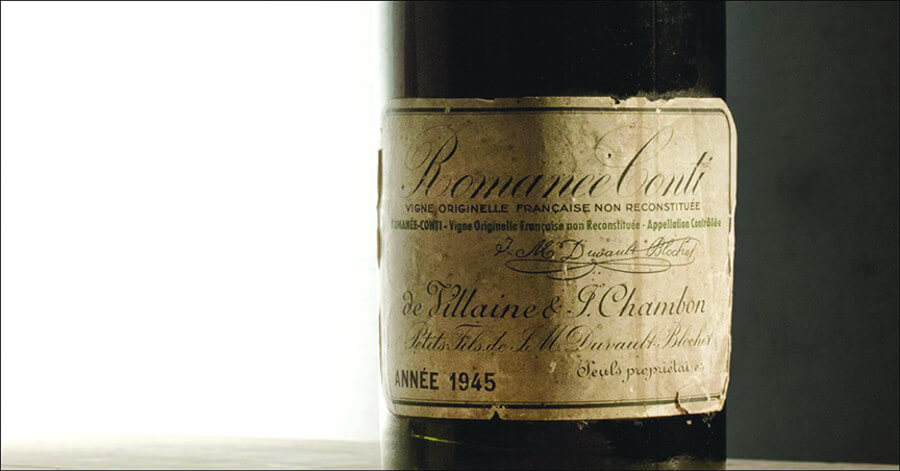 ART Portrait of an Artist (Pool with Two Figures) by David Hockney. Sold by Christie’s for $90 million. Most expensive work by a living artist.

WHISKY A bottle of The Macallan 1926, hand-painted by Michael Dillon. Sold by Christies for $1.5 million. Most expensive bottle of whisky.

JEWELLERY The Marie Antoinette pearl pendant. Sold by Sotheby’s for $36 million. Most expensive piece of pearl jewellery sold at auction.

WATCH 1970 Rolex Daytona “The Unicorn”. Sold by Phillips with Bacs & Russo for $5.9 million. Most expensive watch sold at auction.

STAMPS 1918 Jenny Invert 24 cent. Sold by Robert A. Siegel Auction Galleries for $1.6 million. Most expensive US stamp sold at auction.

FURNITURE 1766 Chippendale commode with ivory inlays sold previously in 1991 for £935 000, a record price for a piece of English furniture. Offered for auction by Christie’s with the inlays removed due to new legislation and an upper estimate of £5 million. Failed to sell. 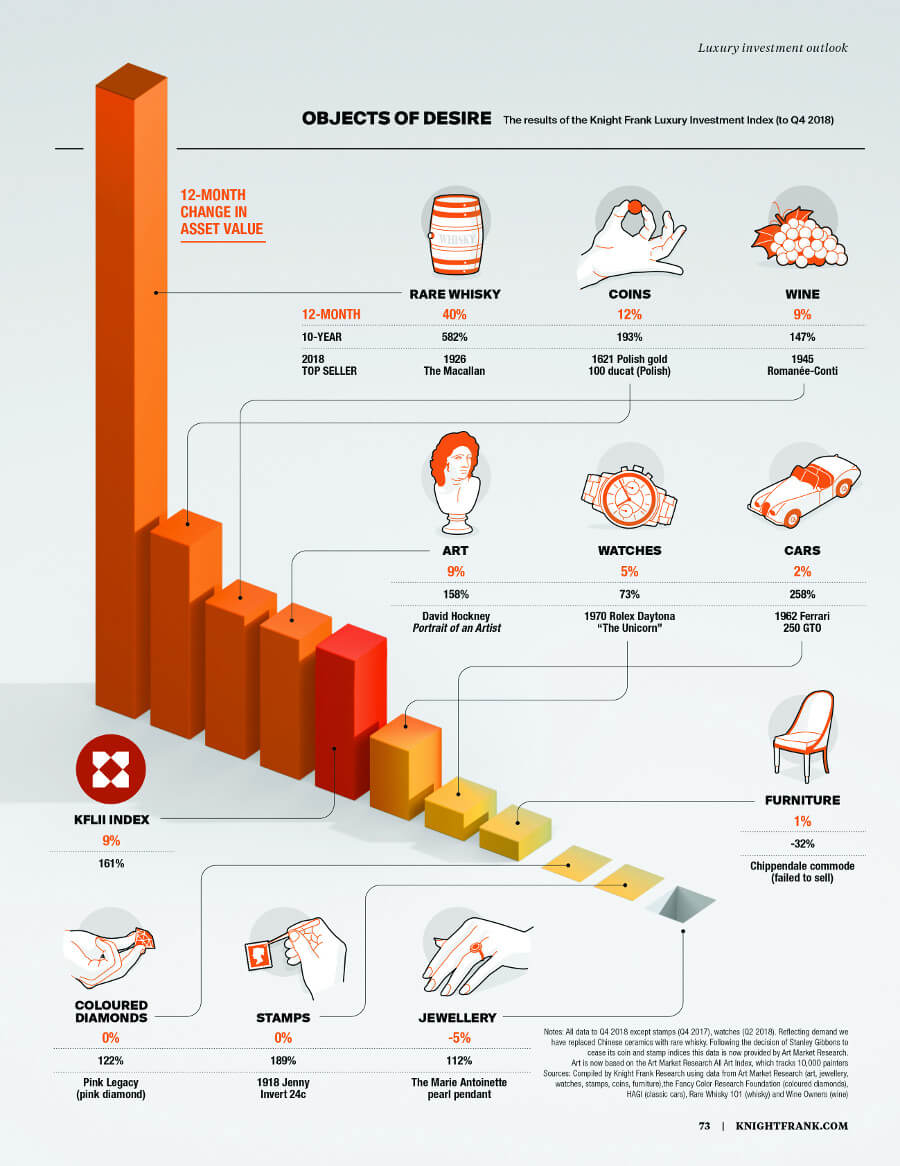