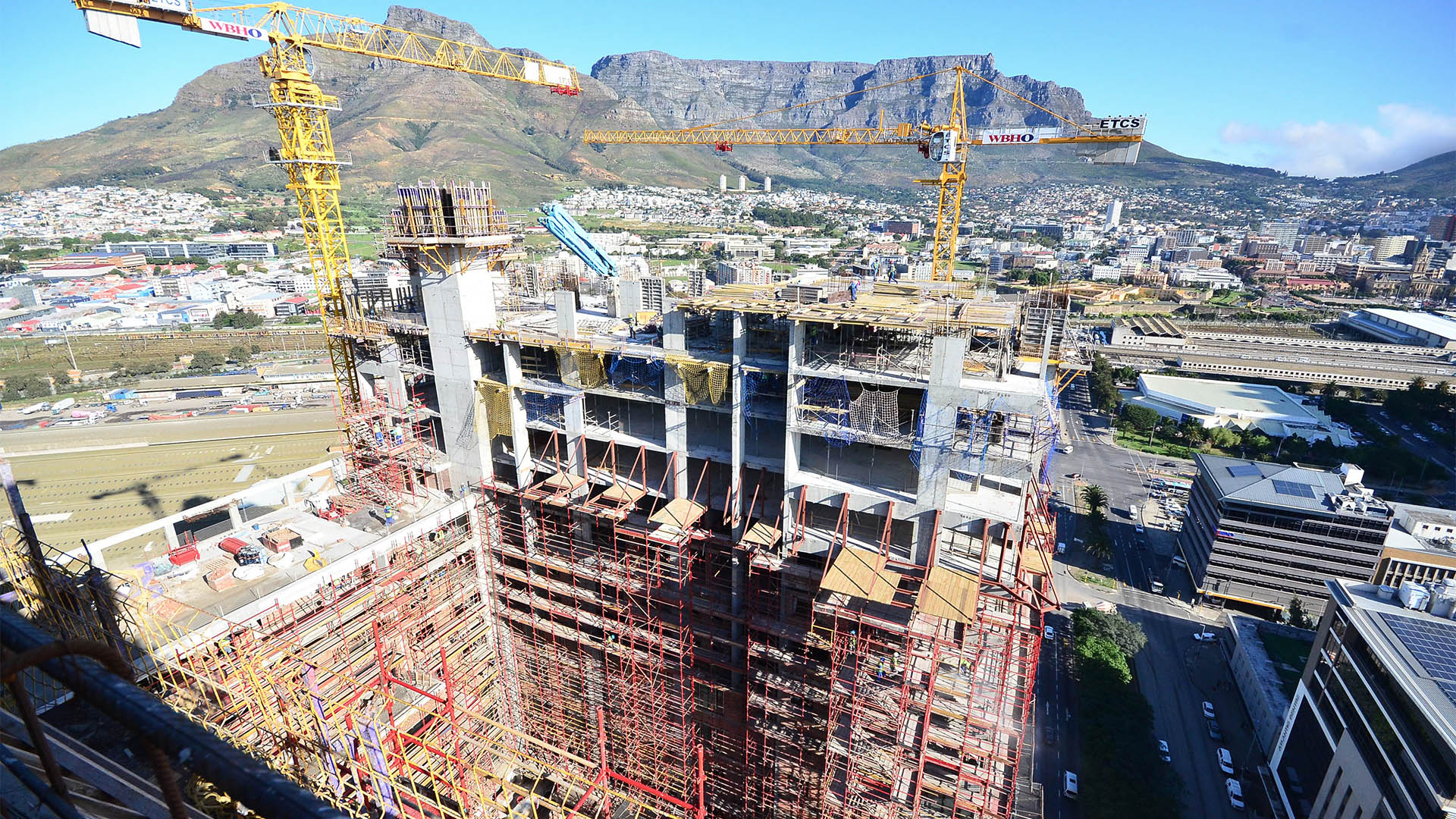 The first of six towers at Cape Town’s largest and most ambitious new mixed-use precinct has “topped out” on the 23rd floor, 95 meters above ground, just 30 months after breaking ground in January 2020.

“Reaching the highest point of Tower 1 at Harbour Arch represents a significant milestone in our construction journey,” said Amdec Property Developments managing director, Nicholas Stopforth. “Despite an unforeseen delay following the outbreak of Covid-19 in 2020, work has advanced at pace and is on schedule for completion in May next year.

Main contractor, WBHO, had to endure several significant structural-engineering challenges, not least of which the deep ground-rock drilling and excavation required for the precinct’s 3- level super-basement, 11m below ground,” shares Dale Blanchard, Contracts Director at WBHO. “Working within a restricted space and access, 65,000m3 of earth and 5,000m3 of rock had to be removed during the excavation process.” 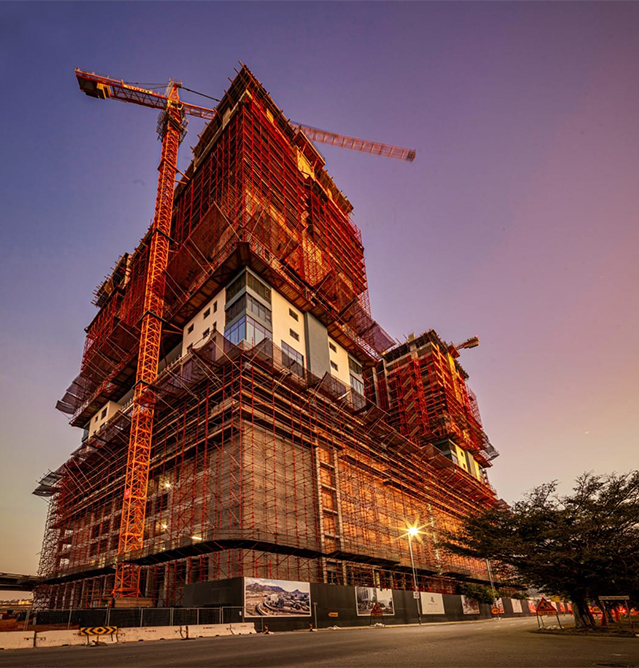 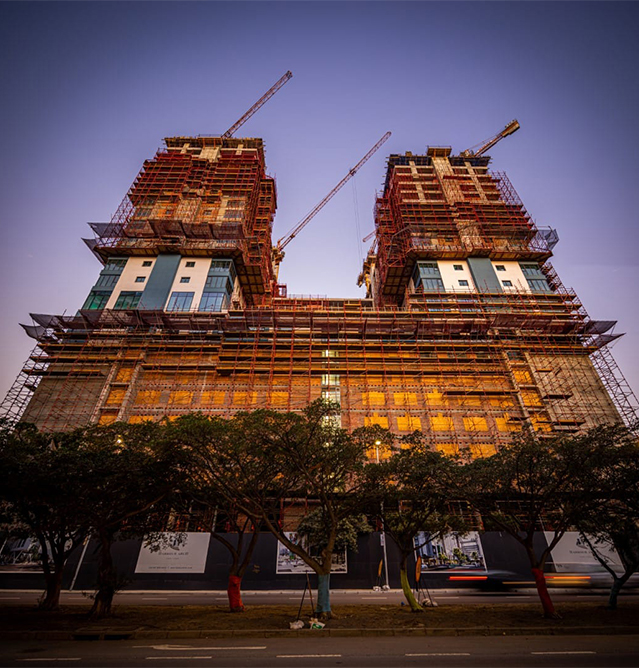 “The wind also played havoc with our construction program, particularly the higher up we went,” he said. “In one of the windiest years in Cape Town’s history, we’re thrilled that the team were still able to top out a structure of this enormity on time.”

With just under a year to go till completion, 50,000m3 of concrete, 6m bricks, 4,500t of steel reinforcement, 150km of joint sealant, and 13,301 panes of glass have been used in the construction of Tower 1.  It has also taken around 3m man hours to get this far, with tens of thousands of people – including unskilled laborers, builders, tradesmen, technicians, engineers, and architects – working together, day and night, to bring this iconic landmark to fruition. 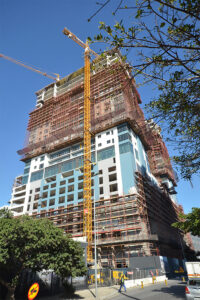 “A multi-billion Rand project of this magnitude requires the technical skill, expertise, and dedication of a highly specialized multi-disciplinary team,” confirmed Stopforth. “The professional team has proven to be up to the task, while WBHO was an automatic first choice, having successfully constructed and delivered the Amdec Group’s R1.4bn Yacht Club development back in 2017.”

“We enjoy excellent working relationships with the entire team, based on trust, mutual respect, and a shared culture of passion, commitment, and service excellence,” he said. 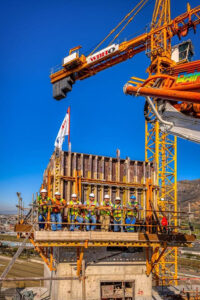 This 16bn development by the Amdec Group represents a significant private sector investment into the City of Cape Town.  According to the Amdec Group CEO James Wilson, “More than 20,000 jobs are being created during the construction phase alone, with many more employment opportunities – especially in the tourism, hospitality and retail sectors – upon completion”.

“We hope that Harbour Arch will kick-start further ambitious large-scale development within the Cape Town CBD, and allow us to hold our own against other capital cities around the world,” he said.

Cutting an impressive figure against the Mother City’s skyline, Harbour Arch will create a new gateway to the Mother City. The completed precinct will comprise 6 towers spanning 200 000m2 of usable space accommodating commercial offices and corporate headquarters; an urban park and shopping galleria at street level; an 8th floor open-air piazza lined with restaurants, coffee shops and cocktails bars; 2 Marriott branded hotels, with conferencing facilities; a flagship health and fitness club, and the largest selection of residential apartment in the CBD.