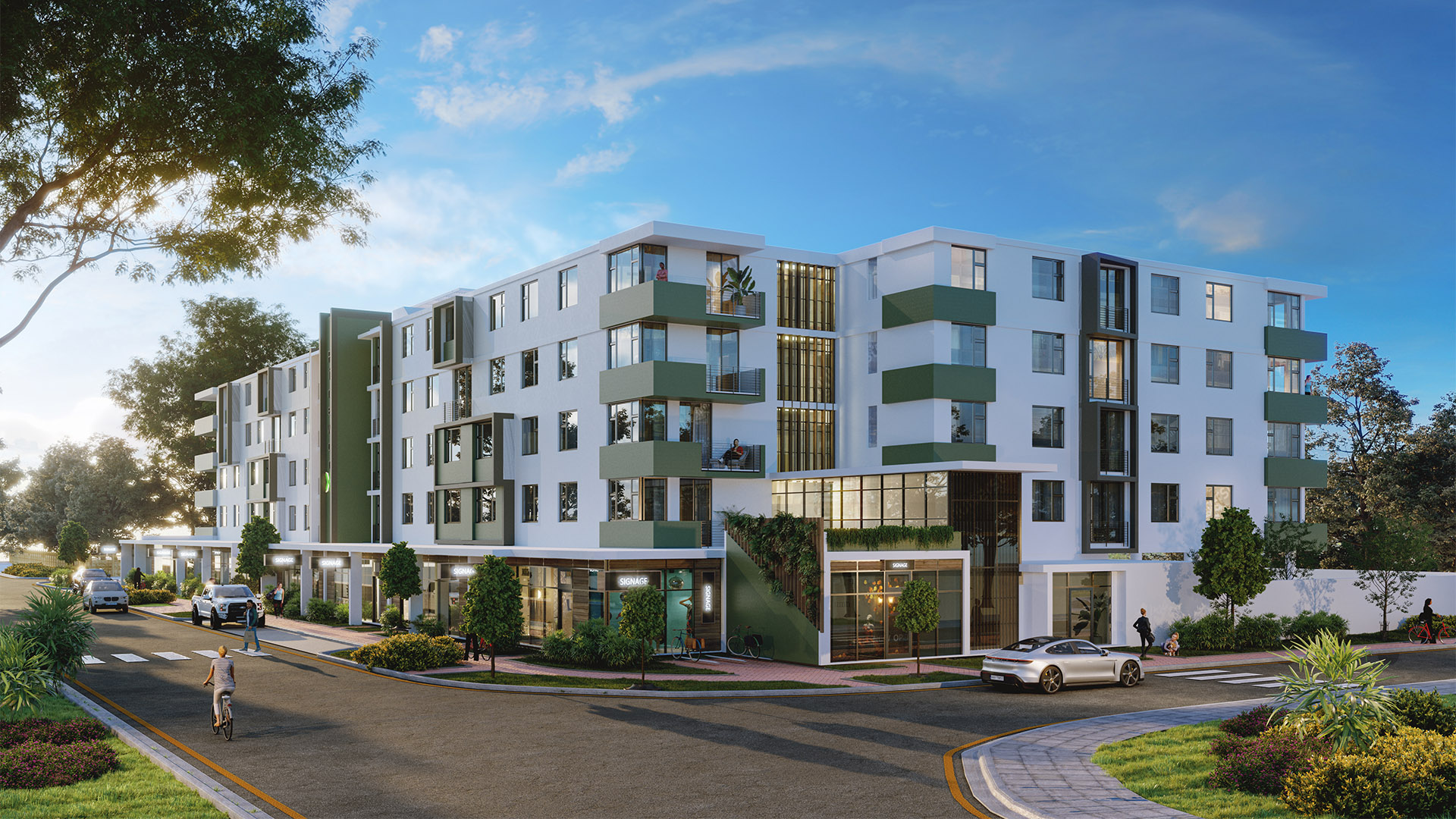 Rabie’s new mixed-use PineworX apartments block will be the first of its kind to be developed in Pinelands, Cape Town in 25 years

Rabie’s new mixed-use PineworX apartments block will be the first of its kind to be developed in Pinelands, Cape Town in 25 years

For the first time in a quarter century, Pinelands is welcoming a modern mixed use apartment block after PineworX was recently launched in this sought-after Cape Town suburb. Located in the heart of the suburb on the corner of Lonsdale Way and Rose Innes Way, PineworX apartments will be within walking distance of the Howard Centre, Pinelands High School and Pinelands Sports club. The erf, which will be its home soon, has been empty for years. It first belonged to the City of Cape Town, then it changed hands a few times before Rabie bought it some years ago. 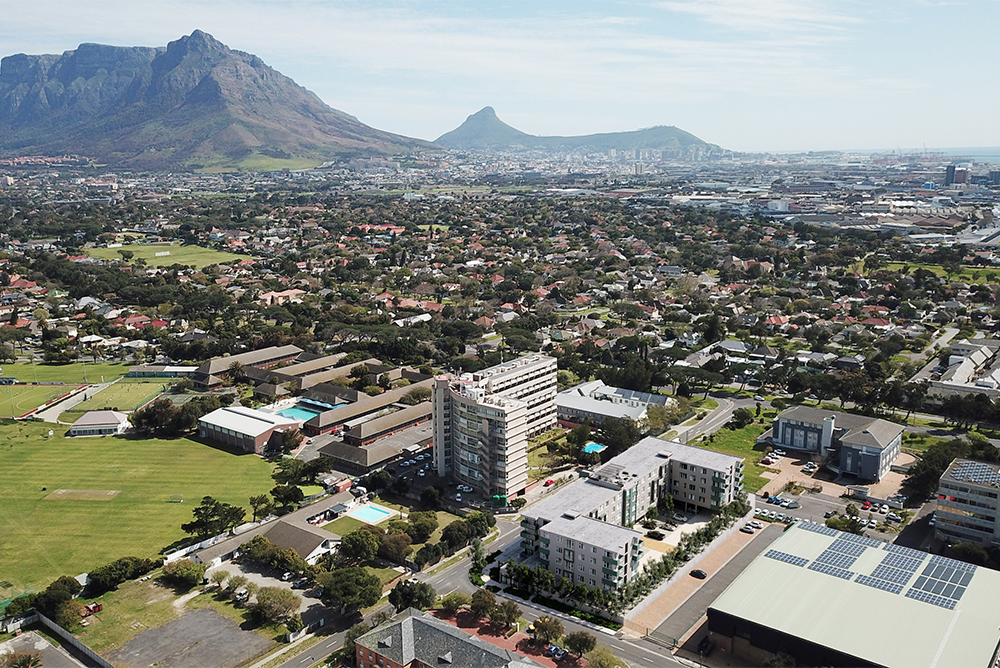 PineworX apartments will add a fresh and youthful energy to this quiet suburb. With an edgy slant to its architecture, the apartments will suit a diverse range of occupants – from those first entering the property market to people scaling down to a more manageable living space. Due to its central location, PineworX’s apartments are perfect for those working from home while staying close to commercial services and amenities.

“It’s an exciting and ground breaking first development for us in Pinelands,” says Rabie’s director, Miguel Rodrigues. “As such, we are partnering with a stellar team of agents who is taking PineworX apartments to market. Seeff has been the predominant estate agency in Pinelands for the past 47 years, and we could not think of anyone more suitable than Johan Meyer and his team to launch this scheme with us.” 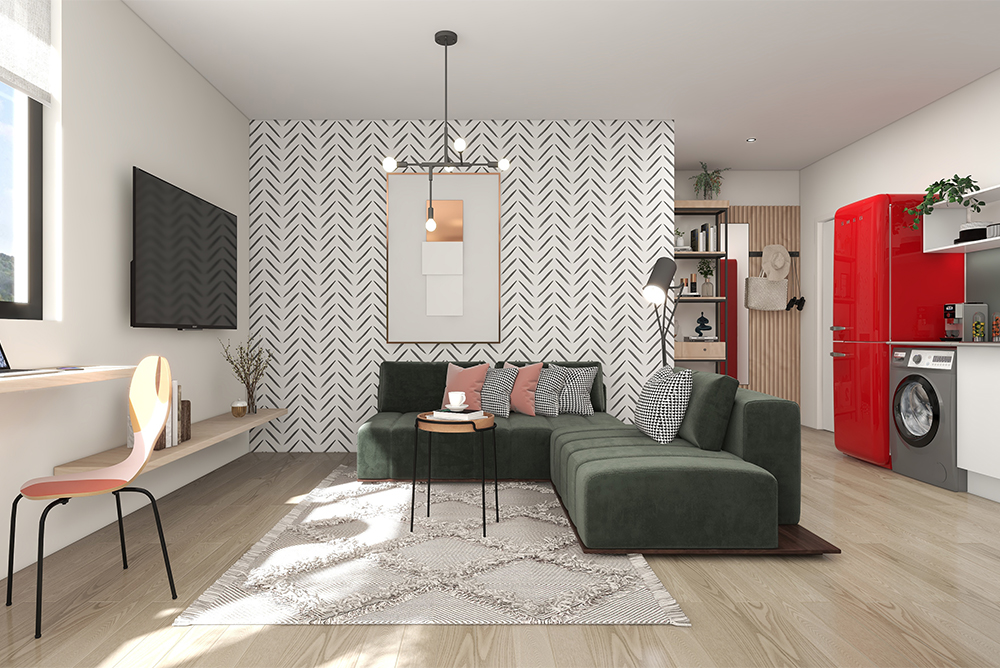 IT’S ALL ABOUT DESIGN

PineworX apartments consists of five floors, with a commercial component on the ground floor, apartments from floors one to four, and a communal roof terrace. Purchasers can choose between a studio, one-bedroom or two-bedroom apartment. Secure parking is available behind boomed access control, with a selection of open and undercover bays. The design of the building takes the form of a European style ‘perimeter block’ that provides effective street character, as well as privacy. Being at the forefront of a new wave of development in Pinelands requires an impressive building that can introduce a new lifestyle into the neighbourhood.

Johan and Lorraine Meyer of Seeff Pinelands look forward to a landmark partnership with Rabie. “We’re delighted to be part of this dynamic new development, and the few teasers we released since August have garnered quite a lot of interest already,” says Johan Meyer. “My team and I are passionate about Pinelands, and we’re honoured to be launching PineworX apartments  in our hometown.” Available from R845,000 for a studio apartment, PineworX will have 94 apartments that are optimally designed to make the best use of space and light. 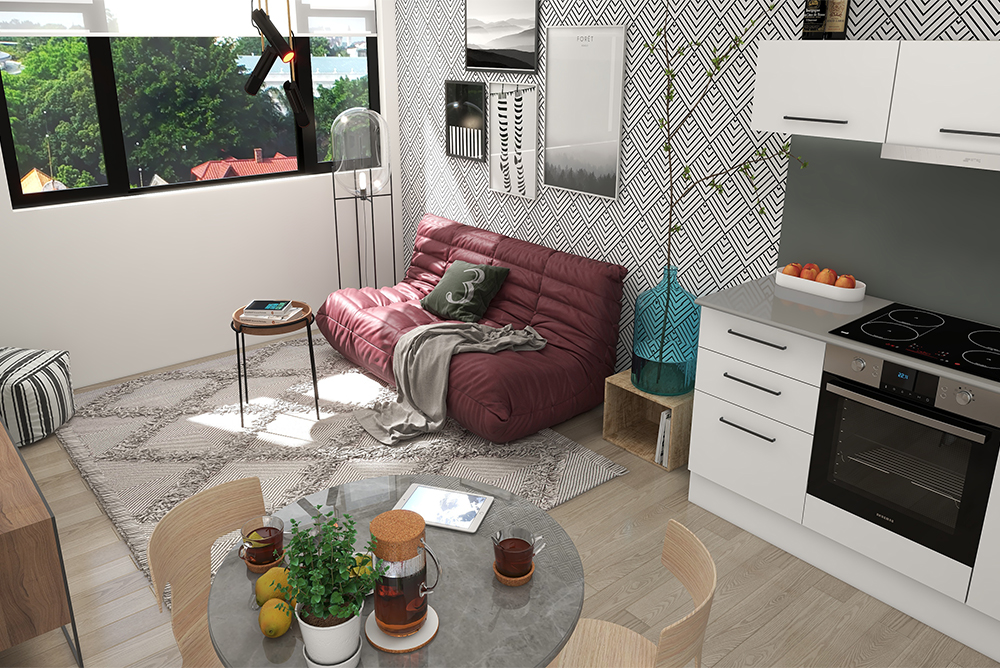 “PineworX apartments will be the second of our smart-enabled developments,” says Rodrigues. “Some of these initiatives include electricity and water consumption measured by smart meters, fibre-to-the-home in every apartment, and the lobby and parking area that will be electronically access controlled.”

In terms of finishes, all apartments have vinyl flooring as a standard, tiled bathrooms and fitted kitchens with a SMEG hob, oven and extractor fan. Also Studios will have microwaves instead of ovens. The kitchens will all have engineered stone tops. The apartments can be personalised easily, and the offered finishes are a great backdrop to interior styling. Purchasers will be able to select from an architect’s selection of finishes. PineworX will be completed in 2023 and is available for sale now.