Owning: Buy now rather than rent 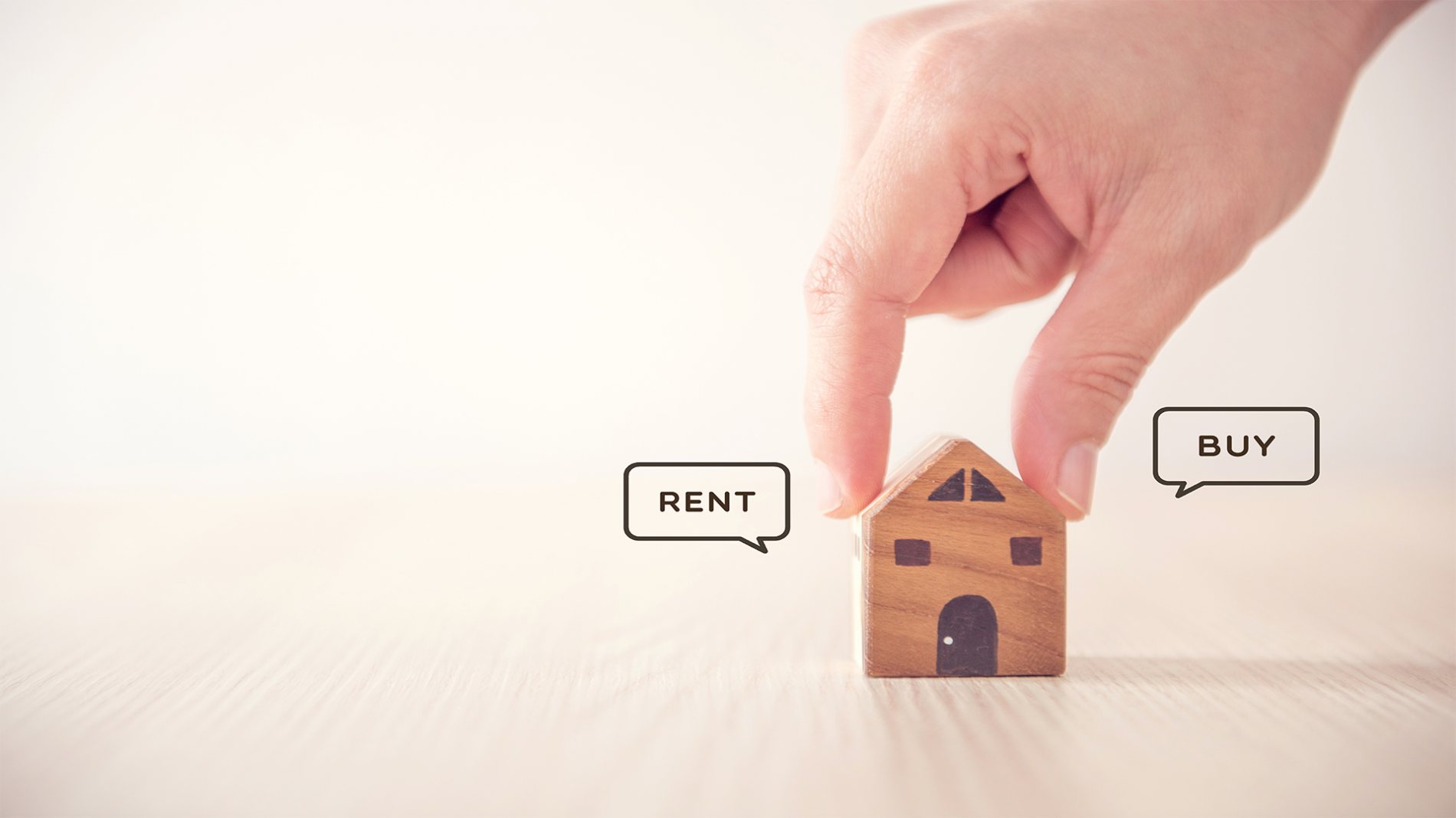 Owning is now generally better than renting, especially after the 2020 interest rate cuts, which save money for homeowners while renters are still paying the same

Owning is now generally better than renting, especially after the 2020 interest rate cuts, which save money for homeowners while renters are still paying the same

For thousands of South Africans, owning their own home has always seemed like a pipe dream. In fact, the cost of property, particularly in urban areas, is often prohibitively expensive for first-time buyers.

“However, the situation has shifted quite significantly in recent months and it may now be cheaper to buy than to rent, which is good news for first-time buyers,” says Betterbond CEO Carl Coetzee.

Supply outstrips demand, and banks are more willing to lend. This has introduced options such as the 100% home loan, where you don’t have to pay a deposit.

Aside from that, five rate cuts this year have reduced the prime interest rate to 7%, the lowest level in more than five decades. Homeowners will find themselves paying less per month on their bond repayments.

For example, on a bond of, say, R1m your repayment amount will have dropped from R9,650 at the beginning of January, to R7,753 after the rate cut on 24 July.

Transfer duty, which is the tax payable by buyers and based on the value of the property, is another cost that needs to be taken into account, says Coetzee. “Earlier this year, however, the threshold on transfer duty was raised to R1m, which means that no tax is payable on the first R1m. In the case of a property valued at less than R1m transfer duty does not apply at all.” 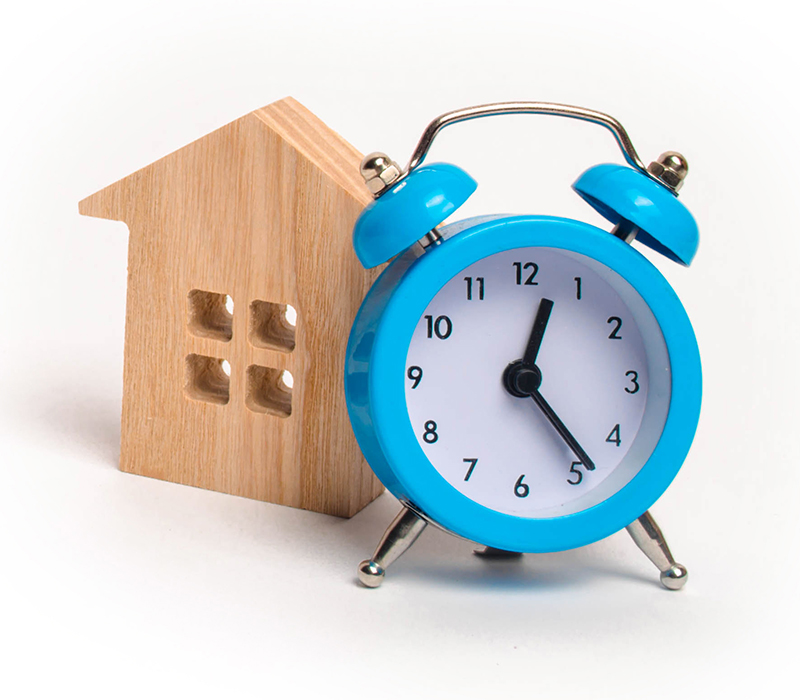 No matter the macro market conditions, affordability remains key, he says. The general guideline, set by banks, is that your monthly home loan repayment should be around 30% of your gross monthly income, before tax and expenses. “An affordability calculator (available online) is a useful tool to determine what the monthly repayments on a loan will be, taking monthly expenses, the prevailing interest rate, and the repayment term into consideration,” he says.

When it comes to getting on the property ladder, sooner is better, says Rhys Dyer, CEO, Ooba.

It’s better to not fall into the comfort zone of renting, and for first-time buyers to take advantage of low interest rates to take their first step onto the property ladder.

Furthermore, if you intend to buy to let, the income from rent can be used to pay off your home loan,” he says.

The benefits of owning a home cannot be overstated, Coetzee says. Aside from the fact that property generally grows in value over time, getting a foot in the door by buying a first home opens up opportunities for things later in life.

“For instance, when children come along and a bigger home is needed, the home you own gives you leverage to purchase something larger; and, when you are older, a home can be sold to generate capital you may need in your retirement years,” he says.

“Research shows that owning your own home has distinct advantages over renting, especially when it comes to building your net worth and providing a stable environment for your family,” says Dyer. He cites the following pros and cons when comparing renting a property to owing it: 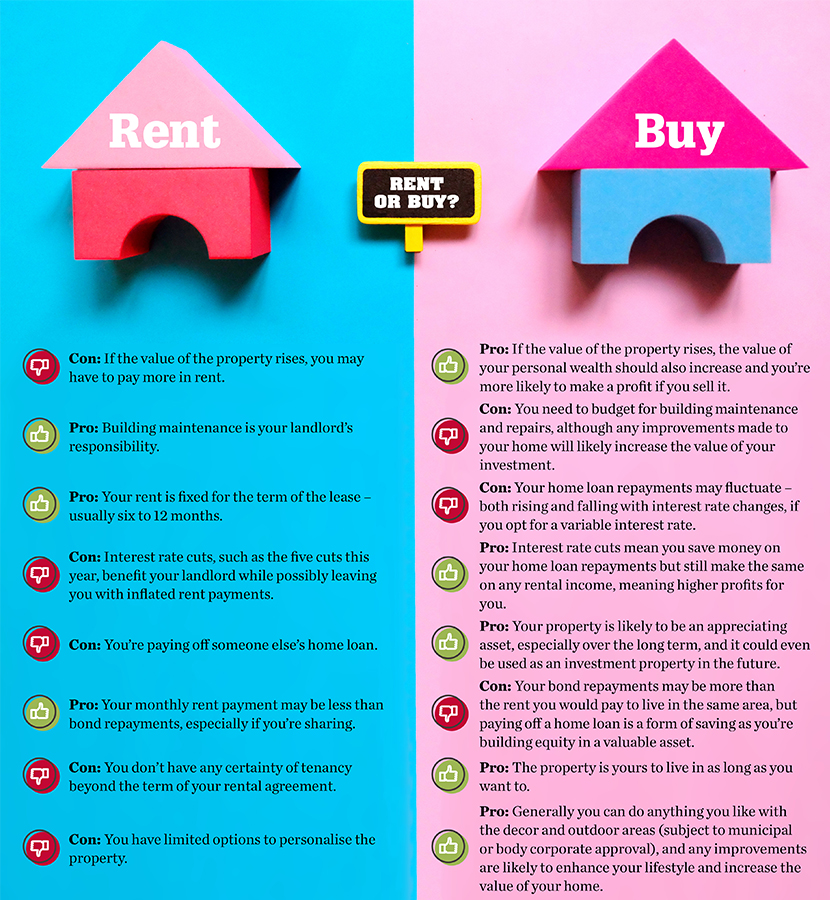