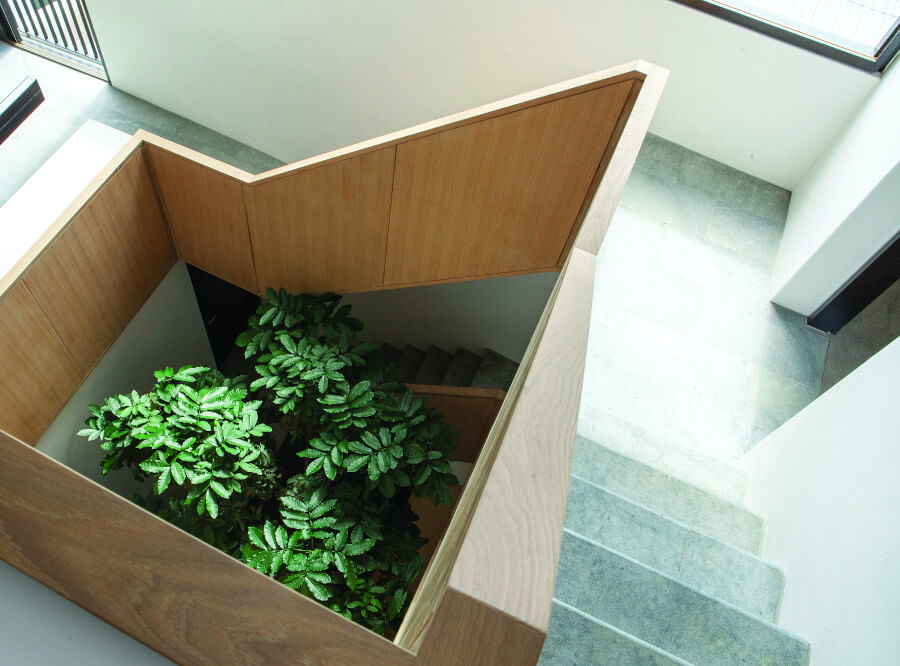 Architect Michael Lumby’s innovative approach to space and affinity for simplicity are manifest in a striking house in De Waterkant, Cape Town

Designing a contemporary house in a suburb known for its historical architecture comes with a unique set of challenges. Michael Lumby’s “three-in-one” house in De Waterkant achieved remarkable integration into the heritage area courtesy of his innovative use of space and a sensitive approach to the setting. Lumby is inspired by international architects such as Portuguese icons Álvaro Siza and Eduardo Souto de Moura, and his work acknowledges their modernist leanings and affinity for humble bold materials – like concrete and brick. Their influence can be seen in his signature style of solid structures, which pay homage to form and surface, and choose subtlety over ostentation. 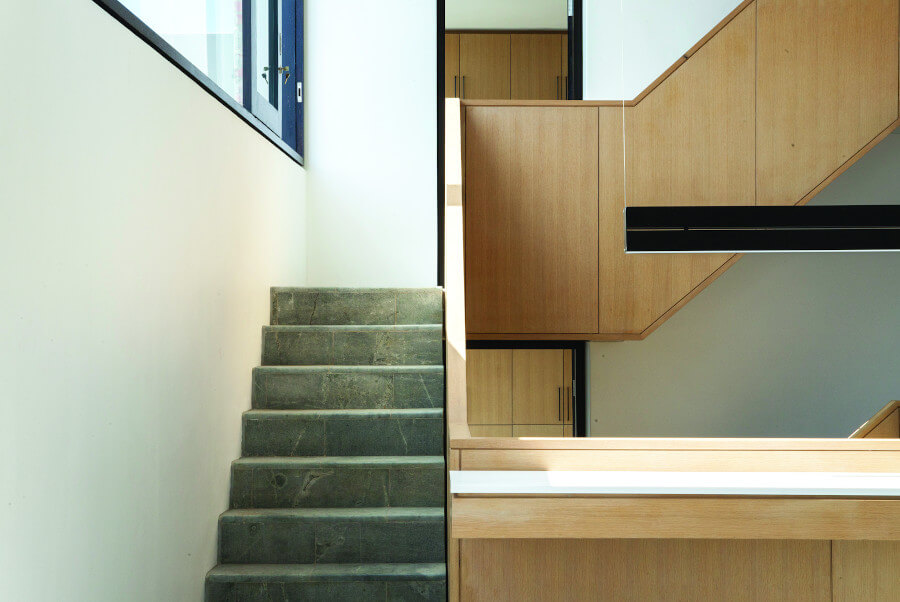 Lumby’s ability to balance the practical and poetic sets him apart, too. It is evident in the De Waterkant house, where a less-is-more approach gives the project a purity that allows it to stand out from the street while at the same time not drawing attention to itself. The design brief was straightforward: a three-bedroom family home, with a ground-level courtyard. This feature became the linchpin around which everything else was designed. “As the site was so small, we decided to internalise the courtyard to create a garden atrium. This became the heart of the house,” Lumby says.

Built from scratch, the house emerged from a 90 m2 greenfield site among semi-detached row houses so typical of the area. These date from the 17th century, and together form a streetscape of a continuous wall of buildings, with the stepped parapet roofs and facade colours creating variation. “As the site had an unusually long street frontage for the context, we decided to visually split the building mass into three separate volumes, varying and stepping the roof lines of each,” says Lumby. “One house becomes three – an abstraction of the suburb’s characteristic vernacular. 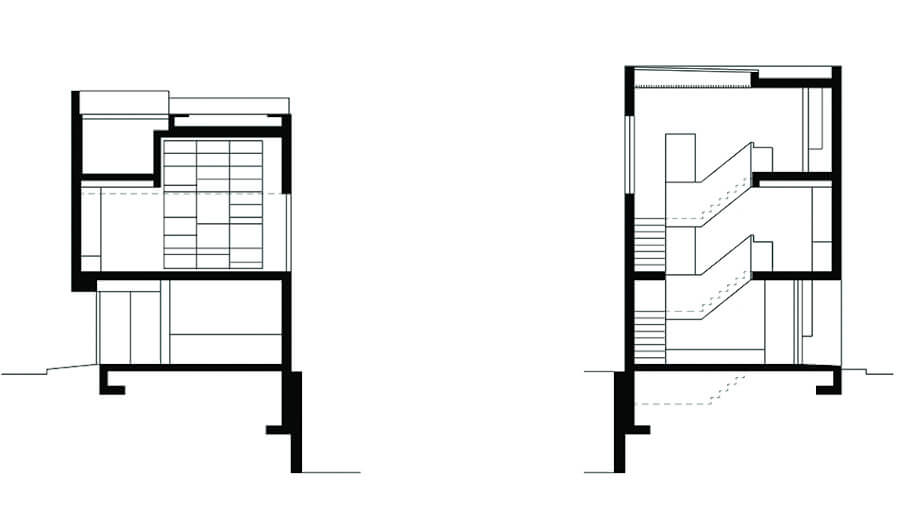 “The goal was to create something contextual without mimicking the historical fabric through decoration or pastiche,” says Lumby. “By breaking down the form of the building into three parts, each with different heights, openings and quirks, the massing of the building resembles that of the older structures with their narrow street frontages.”

In addition to its contextual cleverness, the house also treats space smartly, making the most of the compact footprint, but also not in an obvious way.

“I suppose what makes this project unusual is that it sacrifices floor area for volume. And while this might seem insane considering the limitations of a 90 m2 plot, this feature, combined with the split-level arrangement of the spaces, affords the house a spatial luxury not often found in small projects. A vertically sinuous experience.” 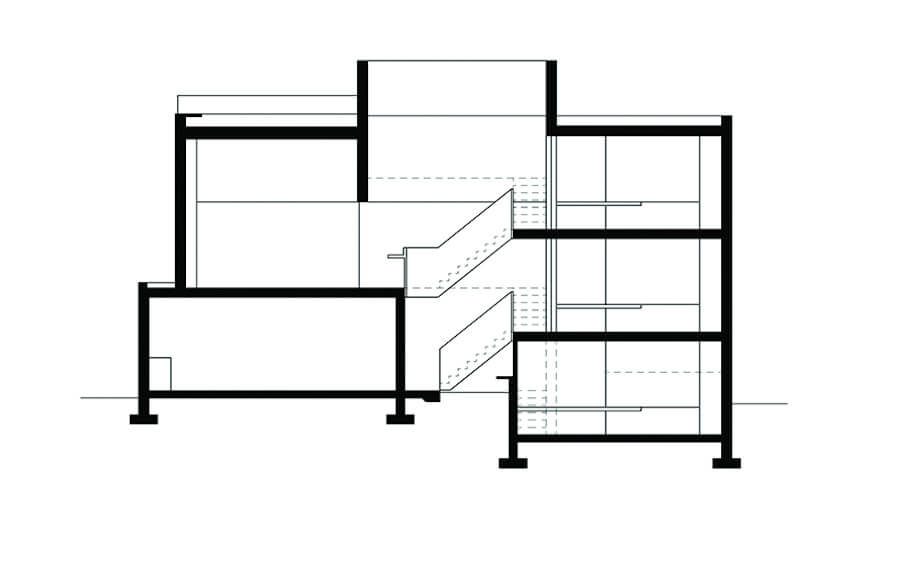 Lumby’s peers thought so, too, and the house was acknowledged with a SAIA Award of Merit. When asked why he thought it was so well received, he points to how it addresses urban spatial planning with innovation, and the fact that it comes without pretence. “It conforms to its historical context without unconvincingly reproducing the styles of the past.”

Reflecting on the project, Lumby is satisfied with the result. “It is gratifying that the initial concept remained untainted and now stands there in built form, and it works.

Read the Q&A with Michael here. 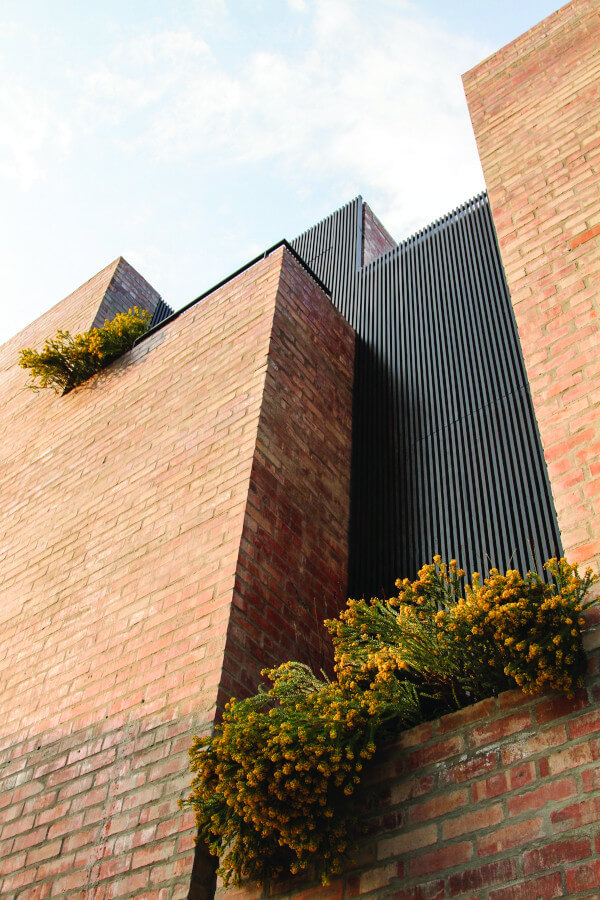