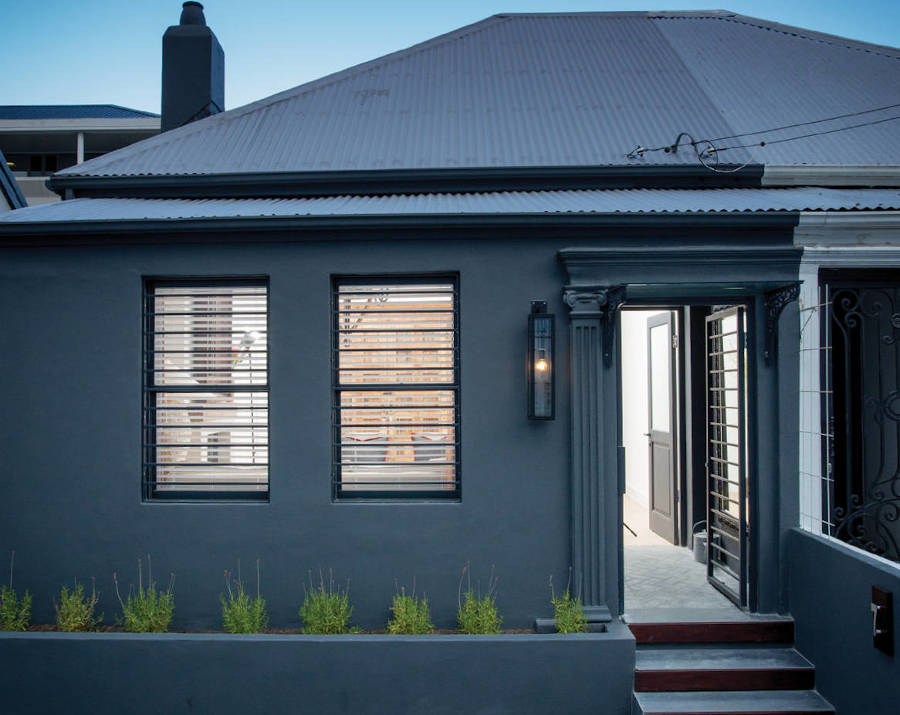 After living in the US for years and travelling to 35 countries, Jari and Jasper Esterhuizen had little doubt left that settling in SA was the next step.

The couple’s passion for transforming homes has led them to take advantage of the property market’s newfound understanding of the value of home staging. Forming their company The J Factor Development Restoration Design, Jari and Jasper have combined their experience in real estate and interior design to incorporate every stage of a transformation into their business model: They buy the house, do the extensive renovations, then move in and add the finishing touches that make a home feel loved and lived-in. 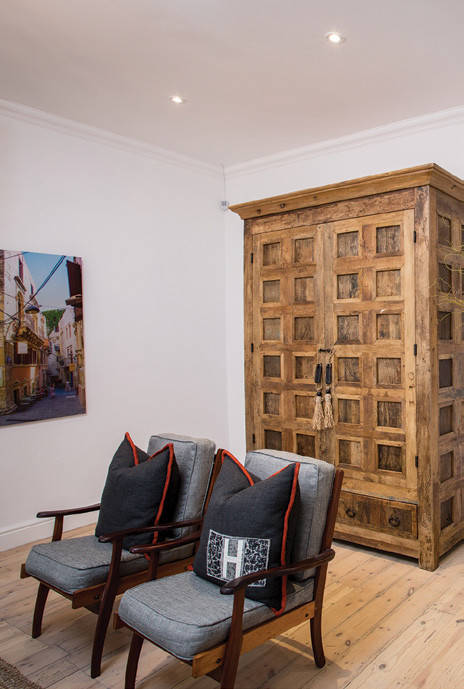 “We tend to gravitate towards older houses,” says Jasper. “They have the charm, the wooden floors, the high ceilings.” Those features were present when they bought the house, but it took some imagination to make them look their best. Built in the 1930s, the house had undergone some heavy remodelling in the 1970s that had even changed its layout: Jari tells the story of how they were surprised to find doors that had been plastered over where they’d expected to find original brick wall.

“Nothing made sense,” Jari says. There was a support column in the middle of the kitchen, and a bathroom that led, in a less-than-appetising touch, off the same area. But discovering and figuring things out as they went along were part of the fun. “The house was very dark,” Jasper says. “The wooden floors were here, but they were red. We wanted to bring the original character of the house back, but also bring it into the 21st century: make it a bit more modern, more open.” 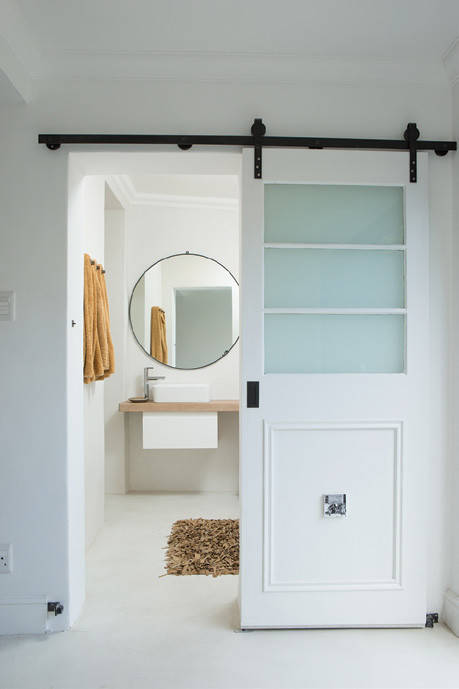 What was once a patch of weeds is now a charming outdoor dining area. In an example of preparing for the worst while hoping for the best, Jasper and Jari made the water-wise decision during a time of drought in the Cape to lay artificial grass, but ensured the dining area was entirely covered so it’ll be a prime spot to enjoy dinner even in case of a downpour.

In an industry like theirs, getting started in a new country with virtually no contacts is a daunting prospect that might deter most. But not Jasper and Jari. “Our passion has always been, wherever we go, to source things in out-of-the-way places,” Jasper says. “It was a natural process: We were new anyway, and wanted to familiarise ourselves with it.” Pieces found at markets and antique shops are put on display, or, in the case of the screws dating back to the 1920s that have been installed as towel hooks, made part of the fibre of the house. They go even further in reclaiming and reusing material – Jari says whenever they remove kitchen and bathroom fittings in a house they’re renovating, they try to find them new homes rather than see them discarded. 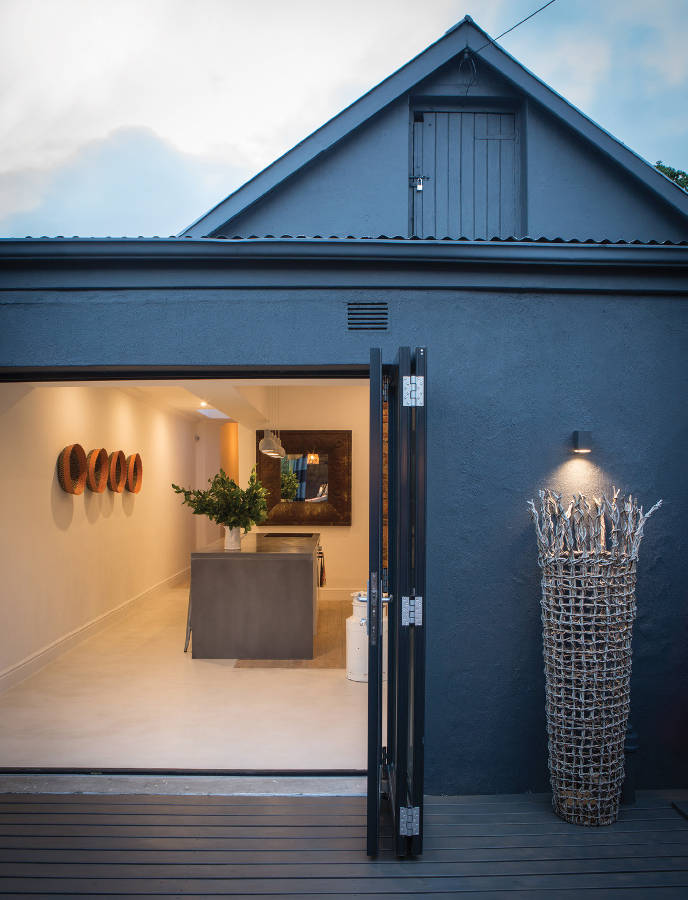 For custom pieces that they design, working with local artisans and vendors to bring their creative vision to life is a highlight for both of them. The couple have found craftspeople to expertly assist with even the most niche of needs, from wire light fittings in the bedroom to new burglar bars repurposed from the obtrusive fittings that were on the windows when they moved in.

Their dream project? Renovating a ruin in Greece. In the interim, they’ve got plenty of plans in mind: a piece of land that they bought in the Karoo, for instance, is calling out for a home built from the ground up. Wherever the next adventure takes them, Jasper and Jari are certain to make a home of any house… or apartment, or castle. 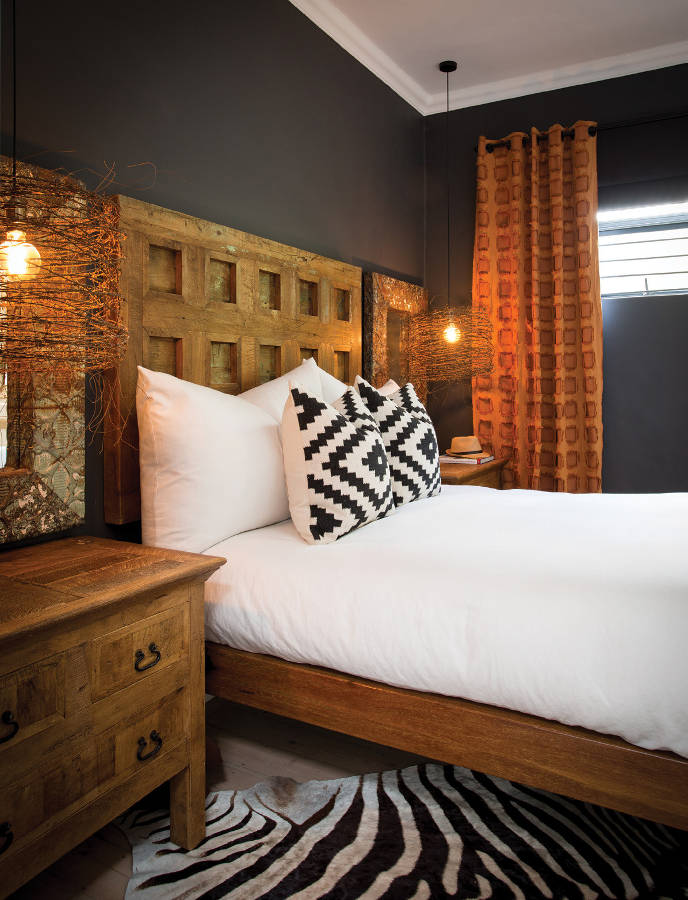