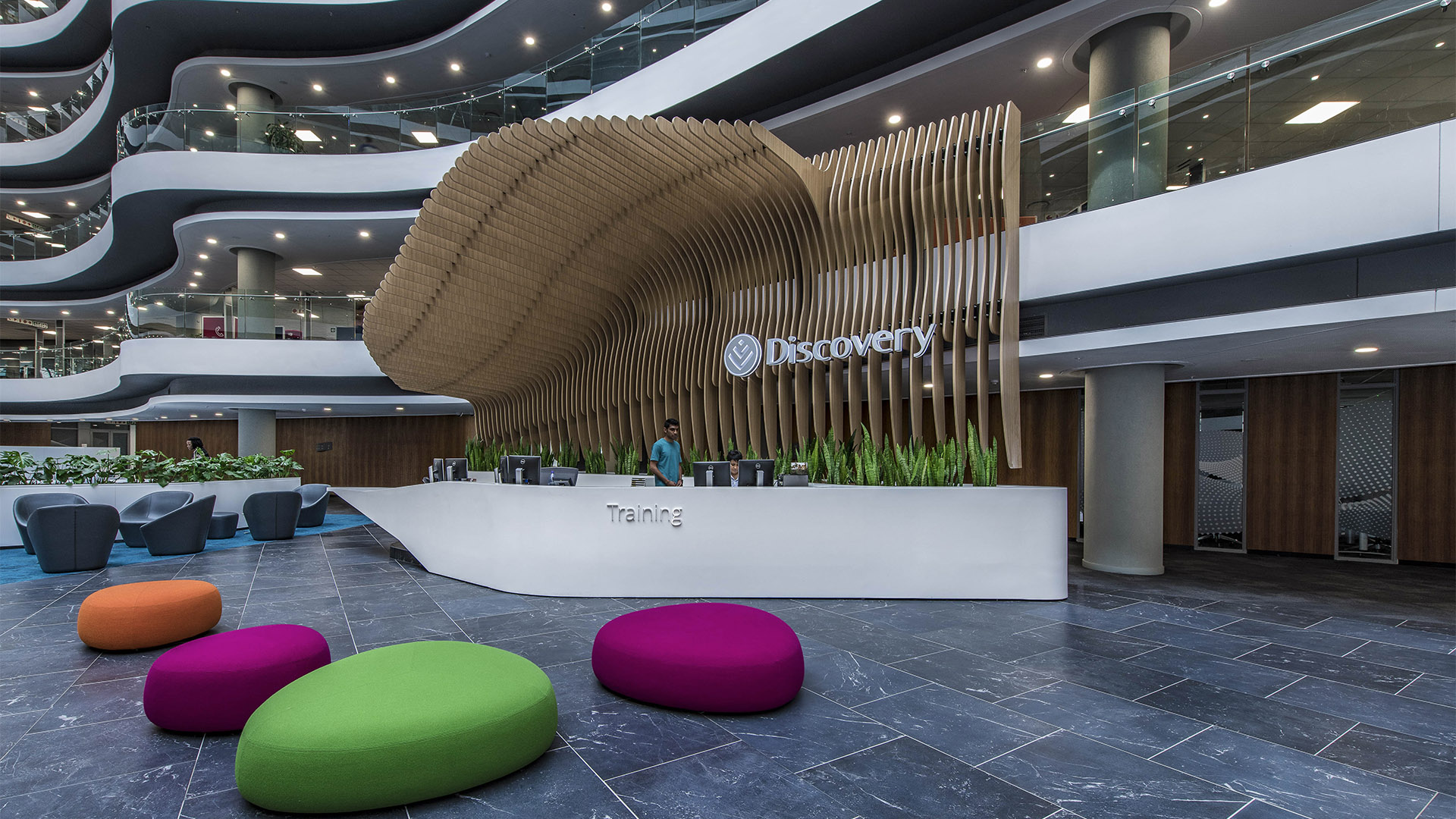 One of only a handful of 6 Star, Green Star As-Built rated buildings, 1 Discovery Place in Sandton has now added a 5 Star to its accolades as for using an interior rating in the building.

One of only a handful of 6 Star, Green Star As-Built rated buildings, 1 Discovery Place in Sandton has now added a 5 Star, Green Star Interiors v1 certification to its accolades. Interior architecture company Paragon Interface, part of the Paragon Group, was responsible for the fit-out, while consulting engineering and infrastructure advisory firm Zutari provided mechanical and environmentally sustainable design (ESD) services.

“An interior rating is an in-use, over-time kind of rating,” says Claire D’Adorante, director, Paragon Interface. “It is especially meaningful, as the building is functioning the way it was intended. Three years after handover, and it is still going great.”

Zutari first became involved with the project in 2013 and the interior rating process only occurs after the building is constructed, with Discovery taking occupation in early 2018. “It is the largest building in South Africa that has ever been certified. It is really a phenomenal achievement from a design and rating point of view,” says Yovka Raytcheva-Schaap, associate, ESD Consulting & Project Management at Zutari.

“In the early stages, we saw the commitment of developers Growthpoint Properties and Zenprop in terms of the base build rating, and now we are seeing Discovery’s commitment as well with regard to the interior rating,” says Raytcheva-Schaap. “To my knowledge, there are only a couple of buildings that have achieved both design and as-built ratings, and then continuing the process for the fit-out rating.”

“The fundamental difference here is that we looked more at the interior environment and how it affects the occupants, so it has a slightly different focus,” says D’Adorante. “The base build rating is about the wider environment, the location of the building, the construction process, base build energy and water and materials use solutions. The interior rating, on the other hand covers, in more detail, indoor environmental quality for inhabitants, acoustics, ergonomics, greenery and reuse, among other elements.”

The most important category in the interior rating is the selection of materials for the fit-out, not only from an aesthetic point of view, but also the fact that the materials selected are certified by third party eco-certifiers. “Just to give an understanding of the order of magnitude of the undertaking, we had about 50,000 pieces of furniture installed in the building, of which about 35,000 were reused pieces,” says Raytcheva-Schaap. “That’s largely what contributed to the high score in the category of material usage. It was really a very good decision for Discovery to reuse existing furniture and refurbish wherever possible.”

The fit-out may have been seen as costly, but there was also a lot of frugality where needed, offset by new items in certain areas, says D’Adorante. “Obviously, bringing people together from five different buildings is a financial cost-saving model. Hence the interior rating really reflects how well thought-out the project was and what the team managed to achieve,” she says.

Raytcheva-Schaap concurs, “The way the building has been designed provides so much utility for the people working there. From the functional set-up of the office areas to the various eateries, studios and shops that satisfy employees” needs while working, it’s just incredible.” As a major player in the health insurance industry, it was vital for the client to have the building fully activated from a physical point of view. In terms of the base build, this includes people using the striking staircases rather than the elevators. The roof level includes a running track and other sports facilities such as yoga decks and mini courts.