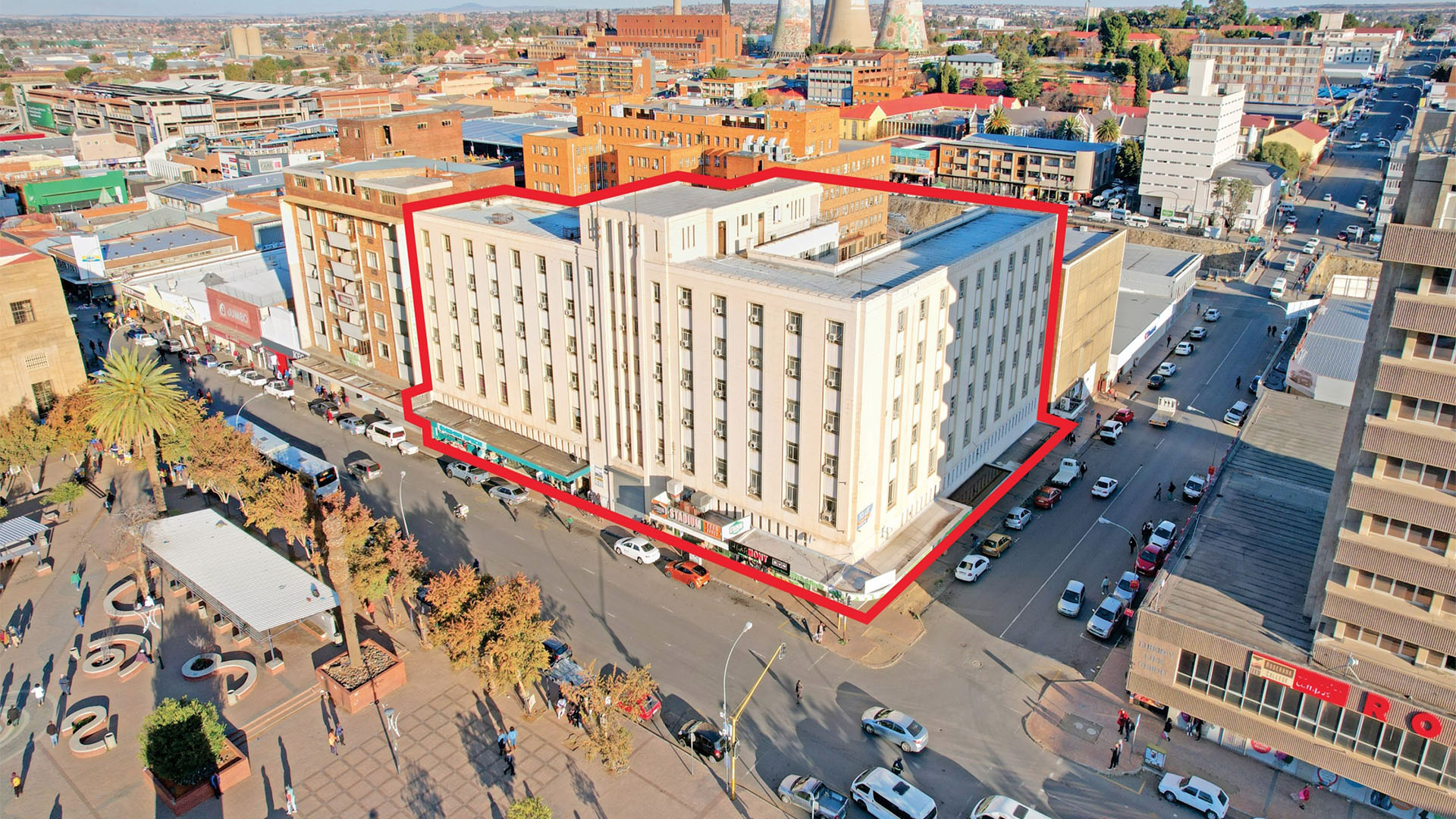 “Fund managers are already making hard decisions about their portfolios, because workplace changes are making what appear to be permanent alterations to commercial real estate investment paradigms. “A recent Gallup poll in the US noted that even as business districts there start to recover, 37% of current office space in America is likely to be abandoned as employees switch to remote work.

“In South Africa the percentage of permanent remote workers might not equal the US, but even before the pandemic we had a fairly high number of under-utilised office buildings and vacancies have since risen.” Dart says as a result scores of corporates have been auditing their property portfolios and releasing a selection of non-core assets for auction.

“The timing couldn’t be better for developers looking to capitalise on the national and international redevelopment trend, but as always with these investments, location is everything.”

By way of example, Dart notes three office buildings in the heart of Bloemfontein’s CBD that will be going under the hammer in High Street’s multi-property auction on August 11th, that have already attracted bidder attention:

“Bloemfontein has a well-publicised student housing crisis and with six tertiary education institutions surrounding these buildings, they are crying out for conversion to student accommodation. “The largest of the nearby campuses is the Central University of Technology, which has a student body of more than 21 000 and only houses approximately 5 000 in accredited on- and off campus accommodation.

“Besides the smaller colleges like Rosebank, Boston, Damelin and numerous FET institutions, just down the road there are two University of the Free State campuses which have a student body of more than 33 000 and a hopeless shortage of accommodation. “Bloemfontein isn’t the only city with these reconversion opportunities given a recent World Bank Group International Finance Corporation report that noted South Africa’s student housing supply-demand gap already exceeds 500 000.”

This trend is also international, with DigsConnect saying last month that global investment into purpose-built student accommodation exceeded US$16 billion in 2018 and “despite the pandemic, this asset class is resilient and still growing rapidly as student enrolment-increases each year”. Dart says mixed used urban commercial redevelopment is another on-point international trend that’s been proving extremely profitable for real estate investors – particularly in Cape Town.

“As with student redevelopments location is key, which is why we’ve had so much interest in the Salt River city block that’s going under the hammer on August 11th. The large triangular lot bordered by Hopkins, Yew and Aubrey streets in the vicinity of the Salt River Circle, is in the heart of a vibrant rejuvenation zone and just minutes from the CBD. “The property is currently occupied by low-rise light industrial premises, but with mixed use zoning and a demolition permit already granted, has plans for a state-of-the-art live-work-play designer building.

“The proposed development comprises four basement parking levels and a ground floor with large retail, restaurants, workshops, micro retail, a co-working space and a community learning centre, which will be topped by 276 apartments spread over seven floors. “A very savvy investor is going to walk away from the auction with a dream project, because so much of the preliminary, time-consuming hard work on this development has already been done.”

Dart says smart money is also still looking to industrial property, which has been the strongest commercial property investment performer throughout the Covid pandemic. His views are backed by FNB Commercial Property Finance Economist John Loos, who believes industrial real estate remains an attractive investment. “Industrial property is the most affordable property class and arguably the most adaptable, while also benefiting from a gearing up of the logistics sector for greater levels of online retail. Relatively speaking; therefore, this class has quite a bit going for it,” he said in remarks about the sector’s expected performance this year.

Dart says High Street will auction a variety of industrial properties across the country in August, from small light industrial premises suitable for SMME owner-occupiers to large warehousing ideally geared towards the logistics sector. “Whether investors are seeking industrial investments in Kimberley in the Northern Cape, in locations across Gauteng or even in the heart of Cape Town, we’ll have something for everyone in the August sale.

“Industrial real estate is going to remain buoyant and it’s a good time to get into this market.”

Dart says says High Street’s auction will begin at noon sharp on August 11th and pre-registration is essential. The hybrid auction will be both live at the Grosvenor Room and Marquee at the Bryanston Country Club, 63 Bryanston Drive in Bryanston, Johannesburg, and virtually live-streamed across the world via High Street’s website, its social media channels and the High Street Auctions app. Bids will be accepted from the floor, by telephone, on the High Street app and via any other digital streams prescribed by the auctioneer prior to the sale.

For more information on the auction, visit www.highstreetauctions.com.