Gauteng: Buyers' paradise once in a lifetime bargain 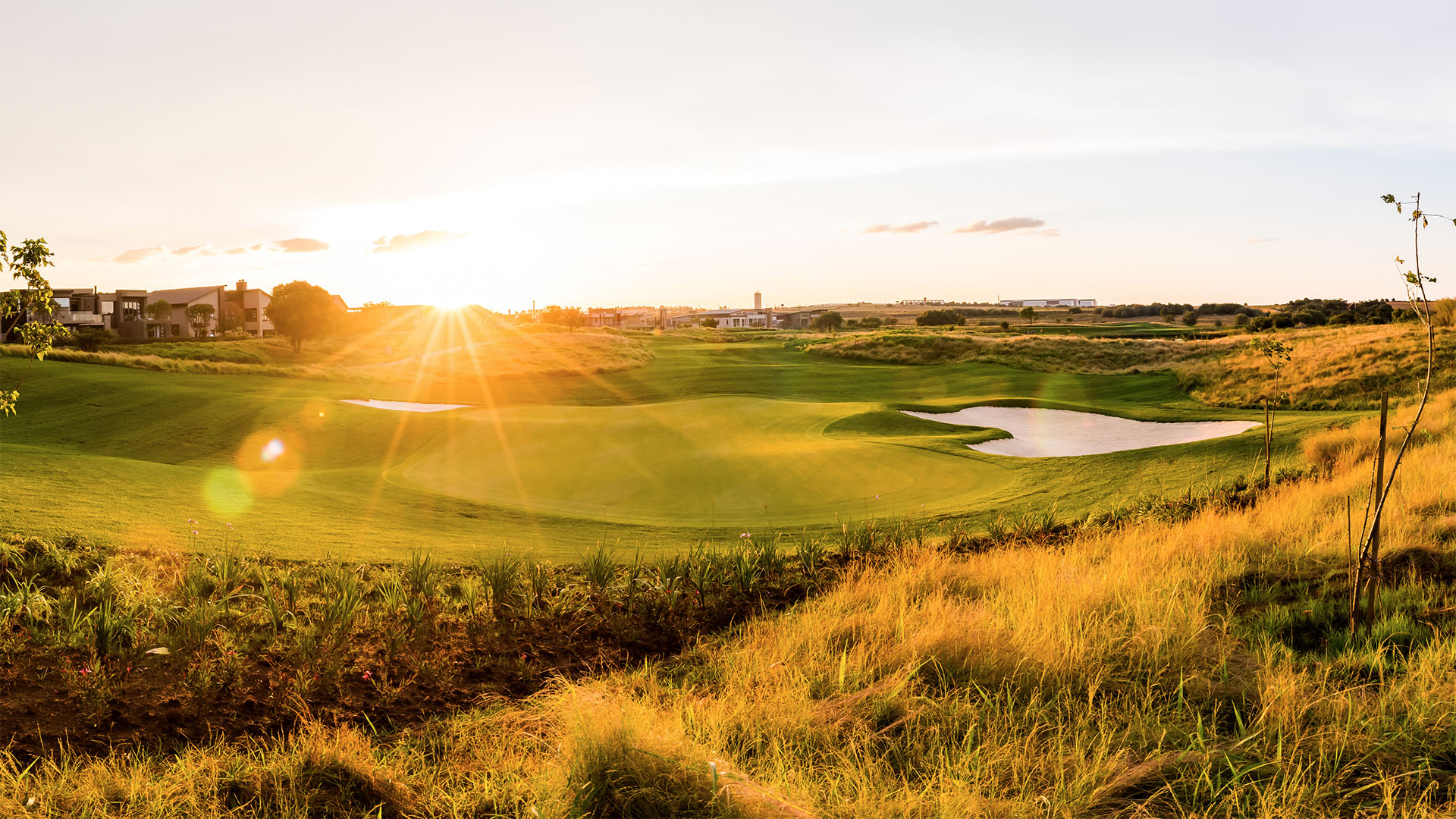 The economic slowdown, exacerbated by the pandemic, may have caused major pandemonium but also offers property buyers and investors unprecedented opportunities. As lockdown restrictions ease, estate agencies and mortgage brokers have reported brisk activity in the residential property market over the past few months. In fact, Multinet Home Loans CEO Shaun Rademeyer says its results for October indicate double-digit house price growth of 15.1%. In October 2019, the average approved loan was R949,200 compared with 2020’s R1,092,587. Rademeyer cites supply and demand as the reason; many consumers are now able to afford property with the rock-bottom interest rate.

Lightstone Property recently reported South Africans are selling their inland homes near metro areas to relocate to coastal towns or more rural settings. In line with world trends, this movement has opened opportunities in Gauteng and in other interior provinces for homebuyers and investors to pick up bargains. Seeff Property Group chairman Samuel Seeff says the Gauteng property market is very active in so-called first-home buyer areas, especially the main urban sprawls. He says the surge in purchases over the past three months has been driven largely by people below the age of 35. 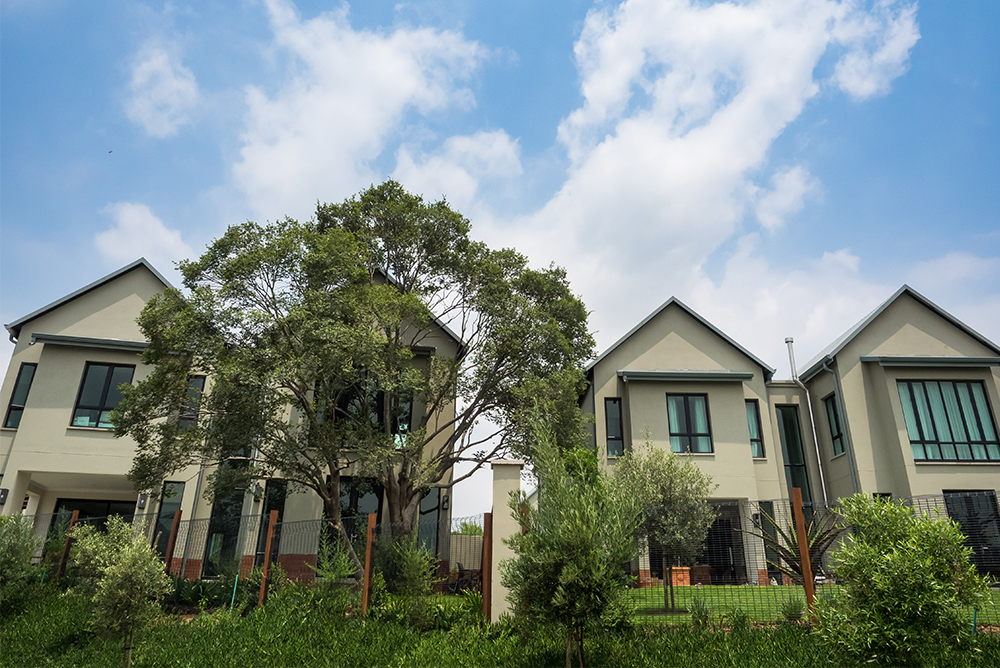 Exclusive luxury developments such as Serengeti Estates are minutes from Johannesburg’s main amenities and offer a secure and peaceful lifestyle. Under the new ownership and branding of developer David Nagle, this golf estate with two championship golf courses has recently seen the addition of three luxury housing developments. Fulfulling the rising need for access to the outdoors, it offers trails for walking or cycling, pools, fishing and a lifestyle and gym centre. Upmarket estates designed around family life are also in demand. Between Midrand and Tshwane, overlooking the Magaliesberg mountains, Copperleaf Golf Estate ticks all the right boxes with a spa, a nursery school and a school, as well as many hectares for walking and an 18-hole championship golf course designed by Ernie Els.

Lightstone Property statistics show young buyers prefer buying in Gauteng and the Western Cape, with most sales in affordable areas and new developments. Estates that offer integrated fibre-ready live-work-play environments, such as the award-winning Waterfall, appeal to millennials in particular. Located between Johannesburg and Pretoria, residents at each of the eight secure residential developments and two retirement villages here have access to office parks, private schools, a hospital, hotels, more than 60 restaurants and several parks. The Lightstone data on residential home sales indicate that mid-value freehold properties are still the most popular choice, followed by sectional title and lifestyle estates.

Responding to the demand for estate living, SA’s largest private luxury estate, Steyn City, recently introduced its latest offering, The Village. Set in a sprawling parkland, this suburb is aimed at young families, with homes priced from R3m. In keeping with the latest wellness trend, residents can enjoy an array of outdoor amenities, from horse-riding, tennis, cycling (including 50km of mountain-bike track) to swimming pools or walking. “Steyn City’s vast infrastructure investment is important to our buyers,” says head of marketing and events Zoe van Onselen. “It’s clear to them that they’re investing not only in bricks and mortar but also in a unique lifestyle, where wellbeing and peace of mind are firmly positioned at the forefront of the developers’ objectives.”

According to the Centre for Affordable Housing Finance Africa (CAHFA), SA’s housing backlog is currently estimated at between 2.3-million and 3.7-million units. Government has been playing catch-up since 1994, but at the current rate of delivery it is unable to meet demand and property developers are responding. The country’s biggest supplier of affordable housing projects, Cosmopolitan Projects, already has 11 existing affordable housing developments in Gauteng.

In September it teamed up with Central Developments Property Group to launch a new development, Lion Pride Lifestyle Estate, on Malibongwe Drive, north of Johannesburg. The estate will ultimately comprise eight security estates with land set apart for a private school, shops and 17ha of landscaped recreational space. The price range for a full-title stand with a floor plan varies from R1.15m to R1.78m, making owning a house accessible to families with a combined household income of R35,000 per month. Also recently in the news was JSE-listed development company Balwin Properties’ launch of the R84bn Mooikloof Mega City, east of Pretoria. Once completed, it is set to be one of the world’s largest sectional property developments, with 50,000 apartments as well as schools, shops and offices.

Mooikloof is aimed at the so-called gap market – people who earn too much to qualify for fully subsidised housing but who don’t earn enough to afford debt-financed housing in areas of their choice – and two- and three-bedroom apartments will sell for between R495,000 and R790,000. The reduction in the interest rate has strengthened the first-time homeowners’ market, as those who previously felt renting was their only option are now able to afford homes in the R1m to R2m range. The estates providing homes in this price band are seeing improved sales, says Fine & Country SA CEO Stephen de Stadler, as is the investor market. 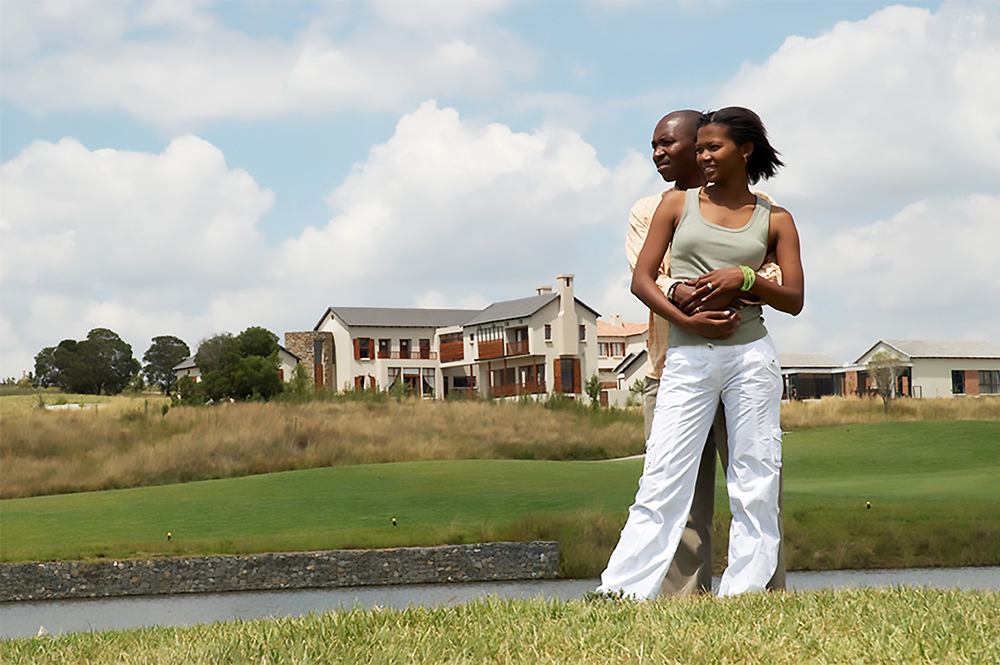