From chemical analyst to franchise owner - Everything Property 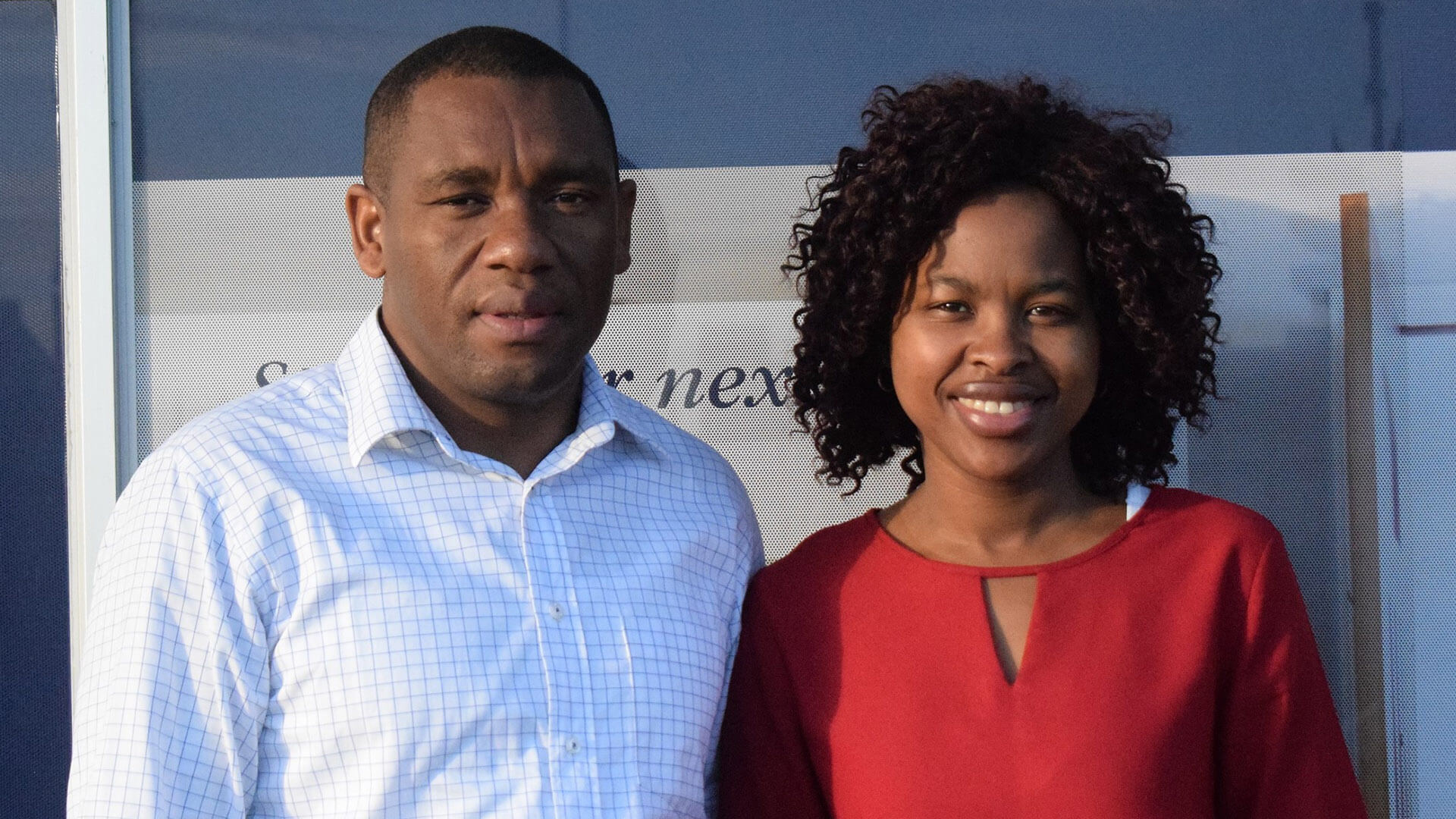 When Thembani and Sibongile Ngcobo met they soon discovered that they shared a love for property … a love that grew from a hobby into today running their own franchise agency in Durban.

When Thembani and Sibongile Ngcobo met they soon discovered that they shared a love for property … a love that grew from a hobby into today running their own franchise agency in Durban.

Success stories like this one of Thembani and Sibongile Ngcobo, the new licensees of Seeff Pinetown in Durban, is hopefully a sign that slowly the tide may be turning.

Thembani (43) says the dream of owning multiple properties was born during his childhood when he used to see upmarket houses for sale in the Sunday newspaper bought by his grandfather who was a business man himself. “As I grew older, I started to see a business potential in the property development space,” he said.

He didn’t start out in property though but went into the field of electrical engineering.

Seventeen years ago he met a young chemical analyst Sibongile (now 37) and says they soon discovered they both love property and had a hunger to buy more. “When we bought our first apartment as newlyweds during the 2004-2007 property boom, we discovered that the value had grown by 50% from when we signed the offer to the time of registration. We quickly realised there was something exceptional about investing in property.”

After they bought their second and third properties, visiting show houses on Sundays and collecting property magazines on Thursdays became their hobbies.

Then five years ago when circumstances led to Sibongile resigning from her job, they saw an opportunity to grow their property portfolio through her pursuing a full-time career in property. She became a qualified full-time estate agent while Thembani continued working as an operations manager for a renewable energy company – where he still works today.

It wasn’t an easy road to take. Sibongile says she had thoughts of giving up when starting out she didn’t make a sale for months. “I overcame those thoughts through encouragement from my husband, friends and colleagues at that time who told me that my time is coming,” she says.

In 2018, just as they were finalising plans to start their own agency, they heard there was a Seeff licensee opportunity in Pinetown … and here they are today after opening the doors of Pinetown Seeff in March 2019. Sibongile is the principal agent while Thembani is involved part-time.

When it comes to why there are still so few black people in the property industry, they believe it is because not many people have sufficient reserves to run for months without any income. “In this industry, even if you made a sale on your first day, you are more likely to get your commission paid after 2-3 months. As an agency owner the common challenge for any business starting up is start-up capital. For us the business is self-funded and thus requires some stringent cashflow management.”

The Ngcobo’s believe things are changing. “We believe the tide is turning now and more people, especially black, are starting to come into this industry.”

Another challenge has been finding the right people to recruit as agents and developing the culture of their agency. “We are still working on getting the right recruitment combination and building a more culturally diverse team,” they said. Currently they have a team of six agents (two experienced and four interns) which they say are a group of dynamic individuals who are all passionate about property and about providing a service with a difference to their valued clients.

Going forward the couple is confident that the best is yet to come. “Our plan is to establish ourselves as an agency of choice in the area of Pinetown (through quality of service and building lasting relationships with our customers) and grow our market share over the next couple of years,” they said.