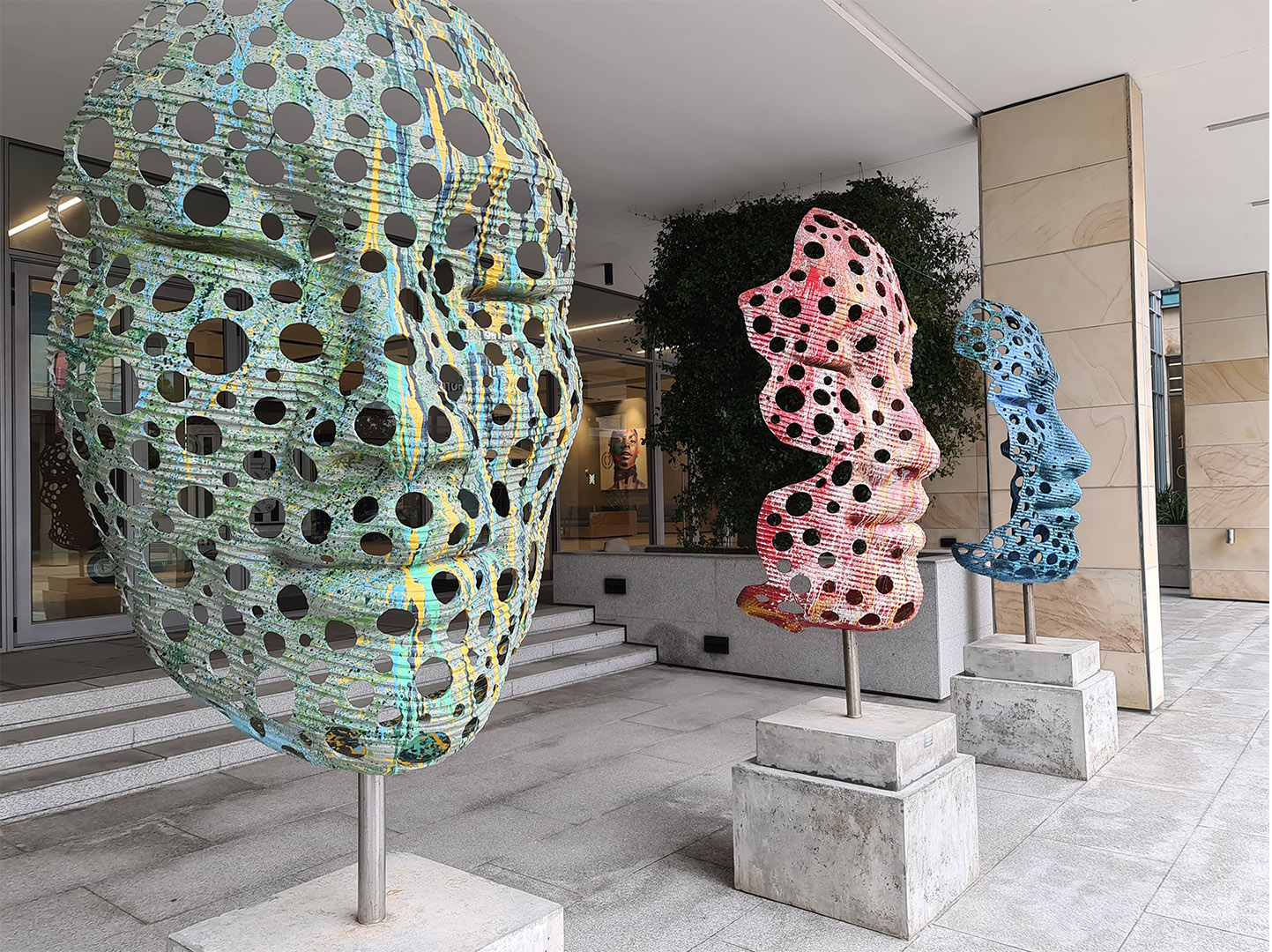 A new open air exhibition by sculptor Anton Smit, renowned for his monumental heads and African sculptures, was launched at the Century City precinct in Cape Town recently.

A new open air exhibition by sculptor Anton Smit, renowned for his monumental heads and African sculptures, was launched at the Century City precinct in Cape Town recently. This was in partnership with the Century City Arts Foundation.

According to Smit, the beautifully maintained and expertly designed precinct was an ideal space for his exhibition. “I could immediately picture my sculptures across all the green open spaces, some of them near the canals and others etched against the architecture,” he says. “It interested me that we could exhibit from one end of the precinct to the other, each sculpture set against a unique backdrop.” Century City Art Foundation contacted Smit in 2020 to purchase one of his sculptures, Voëlvry, for its Century City Arts Trail collection. Lockdown resulted in a complete shutdown of the arts and Anton made his work available during this time at discounted prices, with a portion of the proceeds donated to a local community.

“I had a consignment of sculptures returning from an international exhibition and when we heard about Century City’s love of the arts and its goal to increase public awareness, the open-air exhibition idea was born,” says Smit. “When Anton approached us for a possible collaboration, we were very excited,” says John Chapman, chairman, Century City Arts Foundation. “Anton saw the unique potential of Century City as an extensive open air exhibition space, and we’re delighted to make his art accessible for free to the public in this manner.”

The Century City Arts Trail currently consists of 25 works of art in its permanent collection. In addition, 100 bronze statues make up the Long March to Freedom, found opposite entrance 3 of Canal Walk. A Century City Arts Trail map is available online or printed and a separate map was created for the Anton Smit Open Air Exhibition. Each sculpture has a QR code to scan with your smartphone. Smit’s collection will be exhibited for two years.